Vodafone Warriors legend Joe Vagana is hardly alone in having a deep understanding and appreciation of why it’s vital to both preserve and nurture rugby league’s heritage.

Like countless others from one generation to another he has a real sense of gratitude for where his life in rugby league started and where it took him.

That’s why it’s so rewarding for Vagana to be involved in celebrating the game’s tradition and culture when the Vodafone Warriors wear their 2019 Heritage jersey in Sunday’s 15th-round NRL encounter with Penrith at Mount Smart Stadium.

In this, the club’s 25th season in the competition, the jersey pays homage to original owner the Auckland Rugby League as well as the 28 players who represented the Auckland Warriors in the debut Winfield Cup campaign in 1995.

The design is based on the 1956 Auckland team’s jersey. While the Kiwis were touring Australia that season, Auckland – missing 17 players included in the Kiwi squad – travelled to the South Island where it won the inter-district competition beating Otago 51-11 in Dunedin (under lights) on a Thursday, followed by a 13-5 win over Canterbury in Christchurch on the Saturday and then a 9-7 victory over West Coast in Greymouth on the Sunday. Yes, three games in four days and a lot of travel. Some tour. Although missing so many frontline players who were with the Kiwis, the Auckland team still included some former or future Kiwis in Bevin Hough, Alan Riechelmann, Brian Campbell, Keith Bell and George Turner.

The other key feature of the 2019 Heritage jersey design is the inclusion of the names on the front and back of the original 28 players from the 1995 season with their junior clubs.

That’s where the Vagana family has also come full circle. Joe Vagana became Warrior #18 in 1995 and is now succeeded by one of his sons Isaiah who has been making his mark with the Vodafone Junior Warriors in this year’s Jersey Flegg Cup competition.

Their journeys to the club have taken different routes but both have one constant – they’re products of Auckland clubs. Joe traces his start in the game back to the under-eight age group with the Richmond Rovers while Isaiah has come through the Te Atatu Roosters and now the Mount Albert Lions.

While other originals like captain Dean Bell, Sean Hoppe, Duane Mann, Stephen Kearney and Tea Ropati started with grass roots clubs they furthered their careers in England and Australia before joining the Warriors. Others like Gavin Hill, John Kirwan, Richie Blackmore and Frano Botica had switched from rugby union. 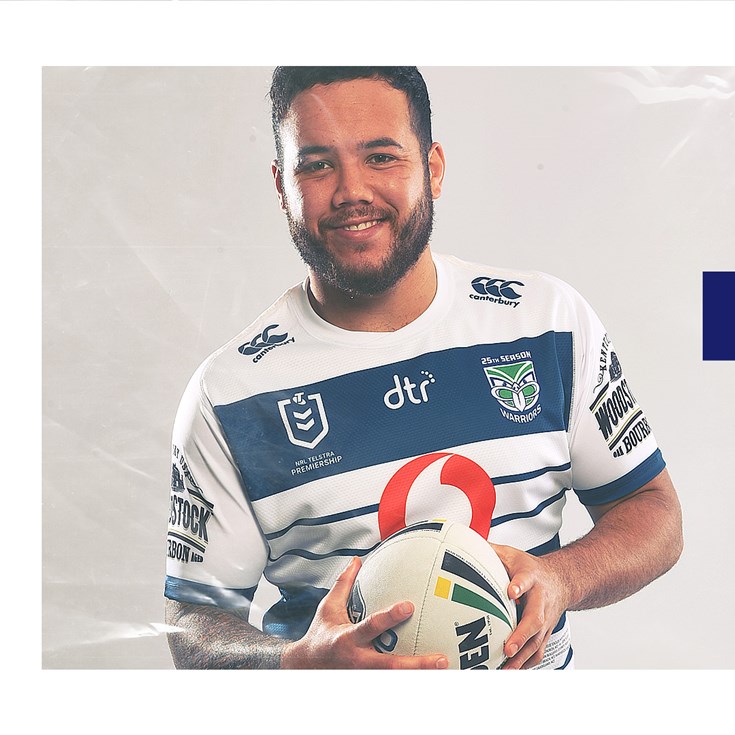