The Titans had been under the pump for weeks before last Sunday's stunning turnaround against the Broncos.

The 26-18 win was just the fourth of the season for Garth Brennan's men but it showed exactly what they are capable of when their halves fire and the fowards rip in.

In stark contrast the Warriors are coming off a demoralising loss to Melbourne and once again questions are being asked about their inability to string together consistent performances and to match it with the NRL's heavyweights.

Titans: The Titans will take the field 1-17 as named on Tuesday. Bryce Cartwright and Tyrone Peachey were unveiled earlier in the week as the new starting backrowers, replacing Kevin Proctor (fractured eye-socket) and Keegan Hipgrave (suspended). Shannon Boyd has been elevated to the bench. Max King and Brenko Lee dropped off the reserves list on Thursday, while Will Matthews and Phil Sami were cut an hour before kick-off.

Warriors: A late re-shuffle with Isaac Luke dropping to the bench and Karl Lawton promoted to the starting side. That's the only game-day change for Stephen Kearney. Gerard Beale and Liligiifo Sao were cut an hour prior to kick-off, while Chanel Harris-Tevita and Leivaha Pulu were trimmed from the extended bench on Thursday.

When the Warriors do aim up it's invariably their pack that sets the tone with Agnatius Paasi and Leeson Ah Mau steaming onto the ball and making big metres. In a badly beaten side last weekend the props combined for 26 runs and 224 metres so their clash with Titans big men Jarrod Wallace (235m v Broncos) and Moeaki Fotuaika (175m v Broncos) could shake the foundations of Cbus Super Stadium and go a long way to deciding which of these teams posts their fifth win of the season.

For the Titans to win

Bottle the intensity and passion which carried them to a memorable win in Brisbane and uncork it just before kick-off on Friday night. Their coach cops plenty of stick and so do their halves but the Suncorp Stadium ambush should have self-belief sky rocketing among the whole group. They need to bring the same energy and hustle to the table this week and they can get themselves on  a roll.

Three letters. RTS. The skipper needs to inject himself into the game, storm through the middle of the park a la James Tedesco and latch onto some offloads from his skilful big men, burst into open space and dance around the fullback to score. Last year's Dally M Medal winner hasn't played badly in 2019 but expectations are so high of Tuivasa-Sheck that a run of the mill 150 metres and two tackle breaks as he had against Melbourne isn't enough to inspire his team-mates.

Tyrone Roberts is a massive key for the Titans. He communicates very well and when the game's on the line he wants the ball. The Warriors had a rest before last week's loss to Melbourne and have a number of players pushing for Test selection now. Warriors by 2.

The Warriors have won just one of their five away games in 2019 - a 30-10 win over Penrith in round 10 which came on the back of barnstorming displays by the aforementioned Tuivasa-Sheck (7 tackle breaks, 1 try assist, 1 line break assist) and Maumalo (63 post-contact metres, 6 tackle breaks). 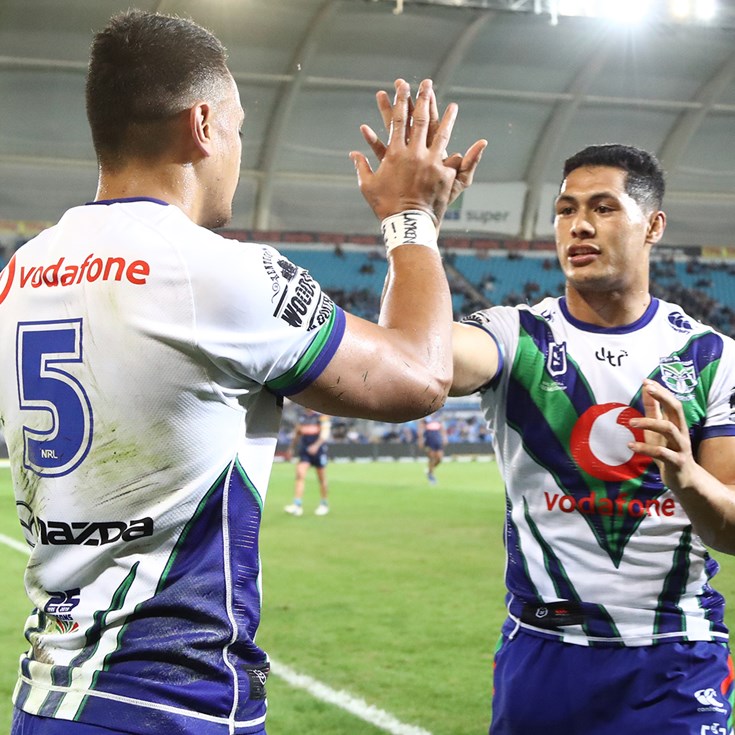