Both Vodafone Warriors sides were denied victories in shattering circumstances in their Canterbury Cup NSW and Jersey Flegg Cup encounters at Henson Park in Sydney on Saturday.

The Nathan Cayless-coached Canterbury Cup team had a 20-14 lead over Newtown with less than two minutes to play only to finish with a 20-20 draw after the Jets stole a converted try in the dying stages.

Earlier in the curtain raiser the Vodafone Junior Warriors were eyeing an upset win over top of the table Cronulla when they held a 16-12 advantage late in the contest but fell to a 16-18 loss when the Sharks scored and converted in the closing minutes.

In the Canterbury Cup match, the Jets pulled back to 18-20 with a 78th-minute try to Matt Evans but the result was far from settled. It came down to Braydon Trindall nailing a tough conversion from near the side-line in windy conditions.

The Vodafone Warriors were able to lean on first-grade experience with front rowers Chris Satae and Sam Lisone leading the charge.

Despite the experience, they found themselves trailing early by 10 points.

Newtown broke through for the first try of the afternoon when a cut-out pass from Jack Williams sent Ronaldo Mulitalo slicing over in the left corner.

Siosifa Talakai then scored in the 13th minute when he stormed onto a ricocheted grubber and powered through the line. Trindall’s conversion push their lead out to 10.

The Vodafone Warriors eventually hit back when Hayze Perham intercepted a William Kennedy pass and steamed away. He was run down by Scott Sorensen but they quickly capitalised on the break, spreading it left as Taane Milne dived over. Keighran nailed the conversion from the side-line to reduce the deficit to four.

Satae was impressive for the men from across the ditch, dragging defenders with him on each run but fellow front rower Lisone made an even bigger statement five minutes after play resumed as he pushed four defenders away before muscling over to score.

It came after a miskick from Trindall landed out on the full, gifting the Vodafone Warriors prime field position.

They were also helped by wingers Gerard Beale and Milne, whose first-grade experience proved vital with the pair providing plenty of strong carries from deep inside their own half.

But the play of the day came from fullback Adam Pompey, who returned the ball with vigour before bursting through the middle and fending away defenders all the way to the try line.

The 80-metre effort gave the away side the lead for the first time. Keighran wasn’t able to convert either try in windy conditions at Henson Park.

Newtown levelled up at 14-14 when Sione Katoa went over out wide.

Keighran then chased his own bomb and picked up the scraps to score as the Vodafone Warriors regained the lead with 13 minutes remaining.

The five-eighth hooked himself from the kicking duties, handing them over to fellow half Chanel Harris-Tevita who slotted it from next to the posts.

A couple of late penalties presented the Jets with a late chance to snatch the draw and they did just that when Evans crossed over with two minutes remaining.

The wind had wreaked havoc all day but Trindall judged the conversion perfectly, curling it back through the posts to level things up with just over a minute remaining. 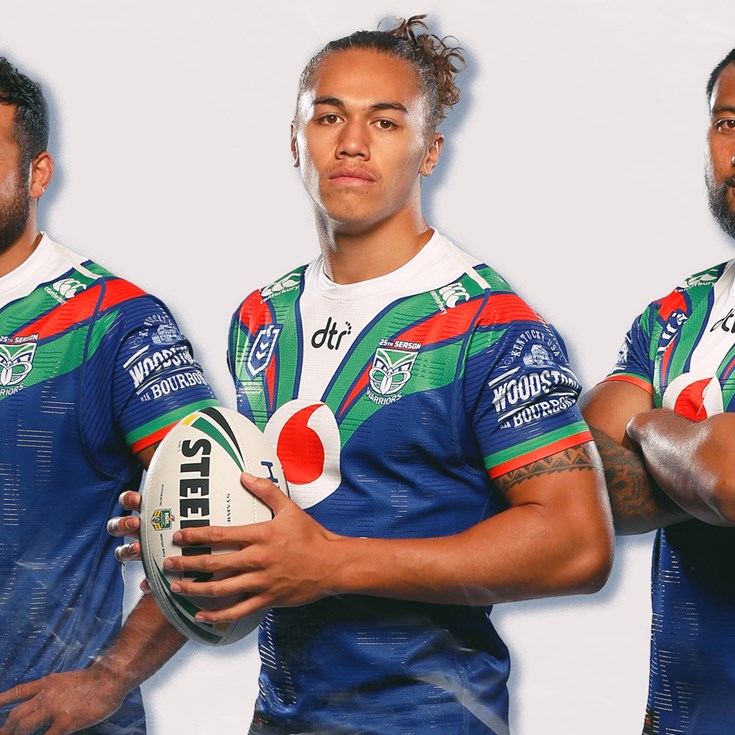