A round of golf with Vodafone Warriors legend Stacey Jones and record-holding halfback Shaun Johnson is among a range of experiences, auction items and prizes donated by players and football staff to support ‘The Great Vodafone Warriors Charity Day’ on Sunday week.

The players and staff banded together this week to voluntarily offer a mix of unique opportunities, memorabilia and other items in their bid to further boost the fundraising drive for the club’s four charity day beneficiaries Shine, KidsCan, Ronald McDonald House Charities and Paralympics New Zealand.

The charity day event is being held in conjunction with the Vodafone Warriors’ round 19 encounter with the Melbourne Storm at Mount Smart Stadium on July 22 (4.00pm kick-off).

“We got together as a group to think of ways we can help these fantastic causes,” said veteran Vodafone Warriors forward Adam Blair.

“The players and football staff are all split into teams for in-house activities so each of the teams came up with their own ideas about what they could do to help raise funds for the charities.

“As players we all spend a lot of time in the community and love doing what we can to help people so it means a lot to us to be able to support our charities on what is going to be a really special day.”

Vodafone Warriors captain Roger Tuivasa-Sheck and club stalwart Simon Mannering have already donated 2018 Heritage-Anzac jerseys which were put up for Trade Me auctions earlier this week. They’ve been attracting plenty of interest, too.

These donations have now been followed by the efforts from the squad and staff as a whole as they join sponsors who have also pledged their support in a variety of ways.

Some of the items will be auctioned off on Trade Me (see list below). These will appear on Trade Me during the weekend so keep an eye out for them.

There will also be auctions of other items for corporate members in the Club Lounge on game day on July 22 as well as a monster raffle (see list below) open to all members and fans who are at Mount Smart Stadium for the Vodafone Warriors-Melbourne game.

The club's commitment has been followed by a series of other initiatives.

Fans are also able to make donations with single or multiple contributions through Vodafone’s text-a-donation service. By texting WARRIORS to 4483 you donate $3.00 to the fundraising drive with each text.

Announced on Tuesday was a big prize draw for everyone who buys a ticket to the match before kick-off in the Vodafone Warriors’ 18th-round match against Brisbane this Sunday. SEE FULL DETAILS HERE.

Meanwhile, Vodafone Warriors corporate partners Rapid Property and DCS Builders Ltd have each donated $1000 ensuring more than $13,000 has been raised overall so far. 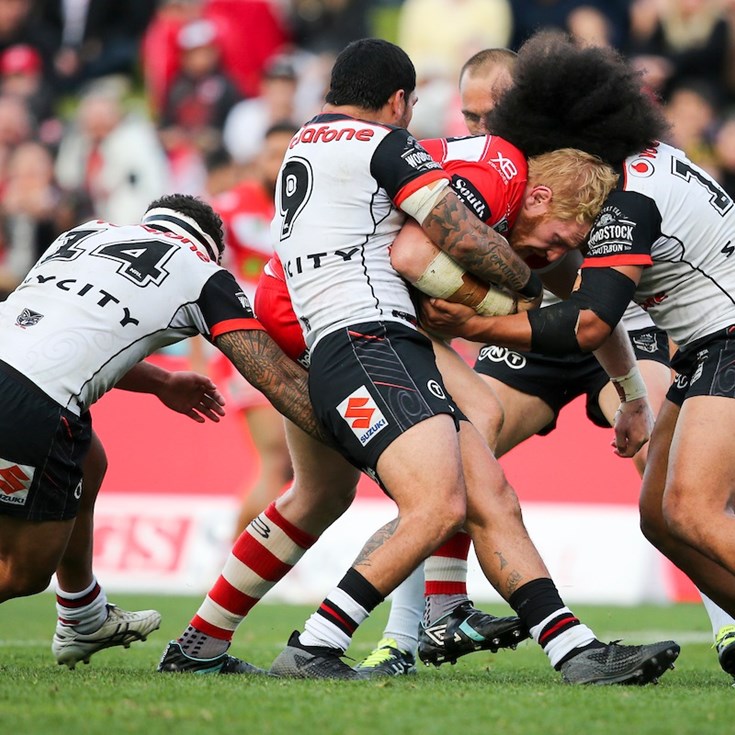 Mannering to retire at end of season

Charity day and 'Be the Band' in focus