Northcote 16 Papakura 10
Veteran forward Dylan Moses capped a dream return to life back at his junior club by scoring a try and setting another one up in the final 10 minutes, lifting Northcote to a come-from-behind win against Papakura. Down 0-10-0 the 70th minute approached, the Tigers stormed home to collect their second win of the year and leave Papakura facing a winless opening month of the competition.

Richmond 22 Mangere East 36
Led by a double to front-rower Kalani Ili, Mangere East claimed their second victory of 2018 at the expense of the winless Richmond Bulldogs. After taking a four-point lead into halftime, the Hawks ran away in the second, helped along by the accurate kicking of halfback Inga Limoni, who also scored a try.

Otahuhu 24 Pt Chevalier 32
The Pt Chevalier Pirates remain undefeated in 2018, picking up a 32-24 win in experienced utility Jeremiah Pai's 100th Fox Memorial game for the club. After going into the sheds tied at 18-all, Pt Chevalier's interchange proved the difference after the break. In a beaten team, young fullback Geronimo Doyle was strong for Otahuhu, scoring a double and causing problems with his elusive running.

Glenora 36 Marist 12
The Glenora Bears powered to their third win of 2018, downing the Marist Saints at Harold Moody Reserve. Three unanswered tries inside the first half hour set the tone for the defending champion Bears, who took a 22-6 lead into the break and closed it out in the second.

Mt Albert 14 Howick 16
Howick remain one of two unbeaten teams in the competition, after overcoming Mt Albert late at Fowlds Park. Trailing at half-time, the Hornets came home strong, scoring in the closing exchanges via centre Aziah Ikitule-Filipo, to seal victory and assume the lead of the competition at the end of the first month of play.

Ponsonby 24 Manurewa 12
Ponsonby bounced back from a narrow defeat in round one to beat Manurewa 24-12 at Birkenhead War Memorial. Tied at the break, Manurewa were outrun in a second half where they struggled to complete sets. Playmaker Aaron Nootai was a key contributor for the Ponies, while up front Andrew Bob and George Pulu laid a solid platform.

Ellerslie 32 Otara 10
After going down to Bay Roskill to open the new campaign last week, Ellerslie made a statement via a 32-10 victory over fellow top four hopefuls Otara. The Eagles did it tough in the second half, finishing the game with three players in the casualty ward and no interchanges remaining. Veteran player Darin Kingi was a standout for the Eagles.

Papatoetoe 18 Franklin 30
The Franklin Storm are undefeated in their first fortnight at premiership level, building on last week's draw with Manurewa to earn victory over Papatoetoe. Franklin hooker Jason Tau stood out, playing the full 80 minutes.

Waitemata Seagulls 10 Pakuranga 36
Pakuranga outlasted the Waitemata Seagulls to earn their first points of the year. After taking a modest lead into the second half, two late tries to Pakuranga blew the scoreline out. The match was played in thick mud as torrential rain pelted the Ranui Domain.

Mt Wellington Warriors 8 Te Atatu 28
The Te Atatu Roosters continued their positive start to life back in the second division, running out 20-point winners against first-round winners Mt Wellington. The victory leaves Te Atatu as one of four undefeated teams after the opening fortnight.

New Lynn Stags 22 Hibiscus Coast 4
New Lynn made it two from two to open 2018, running out comfortable 22-4 winners over the Hibiscus Coast in their first home game of the year. Stags centre Edwin Amituanai scored two tries in the victory.

Bay Roskill 40 Northern Brothers 4
Former Kiwi internationals Jerome Ropati and Ben Henry both got on the scoresheet as Bay Roskill powered to a round two victory over competition newcomers the Northern Brothers. After having the bye in round one, Northern fought valiantly against the Sharman Cup heavyweights, who had hooker Cheoneth Henry chew through 47 tackles in the middle of the park. 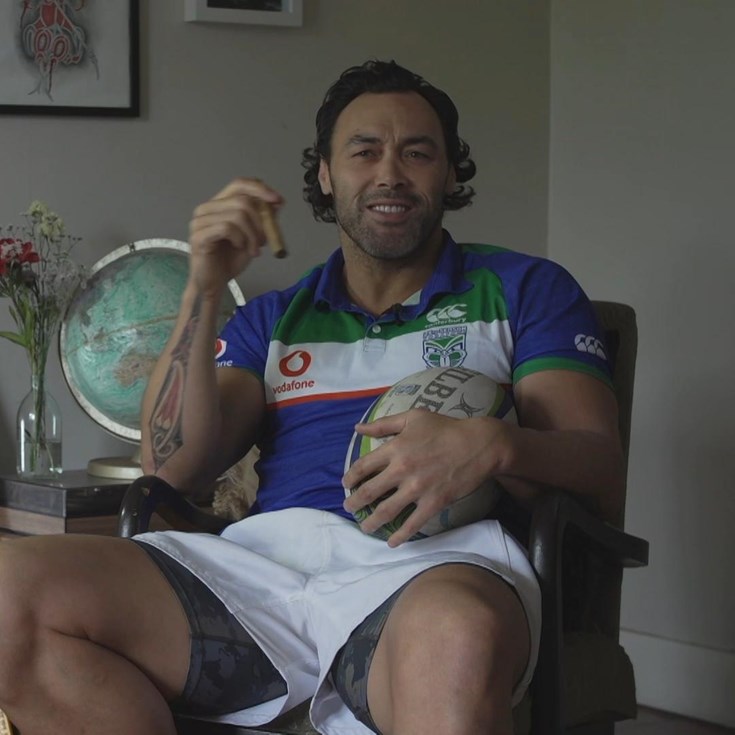 So good having the footy back