Rocco Berry was in his hotel room on the Gold Coast when warriors.kiwi caught up with him for a chat on Zoom to reflect on his rookie NRL campaign.

Not surprisingly the weather was much nicer where he was than it was back in Auckland, which is why you’ll find him at the beach most days – enjoying golden sands, clear blue skies and the sound of the ocean as he recuperates over the off-season.

Berry takes the opportunity he’s earned at the Vodafone Warriors very seriously but that doesn’t stop him enjoying the journey.

“I still miss New Zealand but I don’t have it as bad as the others. I’ve got my brother and sister in Brisbane, which makes it easier,” he said.

“The Gold Coast is a fun place to be in an offseason. I’m loving it here, the apartments we’re staying at; it’s actually unreal. It’s something I don’t want to take for granted.”

I still miss New Zealand but I don’t have it as bad as the others. I’ve got my brother and sister in Brisbane, which makes it easier

The schoolboy rugby union star spent his formative years in the small Wairarapa town of Greytown. It has a population of just under two and a half thousand people but that was never a bad thing for Berry. What Greytown lacked in size it made up for in terms of community.

“We all just played for the same footy team, and, yeah, we grew up together and loved it. That’s the thing I miss about back home, my mates back there,” he said.

His fondness for his hometown is touching. It’s also why he appears to be such a grounded young man; one who hasn’t forgotten his roots.

It didn’t come as a surprise to learn that rugby union was a big part of Berry’s life growing up. He is the son of an All Black, after all.

“For as long as I can remember, I’ve always wanted to play footy as a kid. And it probably did help a bit having [Dad] around,” he said.

“He would always push me to train and do extras and stuff like that when I was being lazy – he was always a hard worker as a player.”

Even though Berry came from a strong rugby union community he supported the Vodafone Warriors growing up. He’d never really considered playing rugby league himself. At least, not until his manager suggested it to him one day.

“I always liked watching league growing up, and I guess it was always something I wanted to try but I never thought I’d get the opportunity,” he said.

Berry joined the club during the 2019-2020 offseason. He played in the Perth Nines and also saw some game time against Melbourne in a trial match. These were significant milestones for the youngster, but he wasn’t done. He was set on making his NRL debut.

Yet, the journey there was not without its challenges. Covid brought a premature end to the 2020 Canterbury Cup competition, which meant no reserve grade football for the rest of the year.

Berry also picked up a stress fracture in his back which put him out of action for a reasonable period but these setbacks didn’t stop him from moving closer toward his rugby league dream. If anything, they made him stronger.

“I missed a bit of footy and learning… so over the preseason just gone, I wanted to get healthy, and I worked pretty hard to learn the game,” he said.

Taking inspiration from some of the older players at the club, Berry sought to emulate their dedication and discipline.

“Roger (Tuivasa-Sheck) was the big one last year and this year. He’s probably the ultimate professional,” said Berry.

Roger (Tuivasa-Sheck) was the big one last year and this year. He’s probably the ultimate professional

“Seeing how professional the older players were, what they do day in and day out, their routine… that helped that part of my game a lot.”

Come week seven of the 2021 NRL season, and Berry wondered whether he’d get the chance he’d been waiting for against Melbourne on Anzac Day.

“I kind of had a feeling I was going to play because both centres went down the week before,” he said.

“Once I got told, I was pretty happy and at the same time nervous, real nervous. But I just thought: ‘If I can get through this game, it’s pretty much ticking off the hardest game you can play’.”

While Berry couldn’t play in front of a home crowd at Mount Smart Stadium, he did have friends and family there to cheer him on.

“It was cool to know that they were there and I could share the moment with them. I remember after the game going to see them; it was a pretty cool moment,” said Berry.

“The cream for me was definitely making my debut… just the relief after the game; you can say you’re an NRL player. No one can take that away from you.”

Berry was impressive throughout the season for the Vodafone Warriors, scoring three tries across eight appearances – and he would have made more if not for the hamstring injury he picked up against Penrith in round 18.

“It was frustrating. I had just come back into the team and I was starting to get a bit of confidence. I felt like I was playing some of my better footy, and yeah, I picked up another hamstring injury,” he said.

“I just want to play more footy because I haven’t played much.”

After reflecting on the season that’s been, Berry believes he has grown significantly as a player. He believes the Vodafone Warriors are building something special, and he’s excited to be a part of it.

“I just go out there and try to play my best each week and try to make my teammates proud,” he said.

Having extended his contract to the end of 2024, Berry will have ample opportunity to make good on these aspirations. 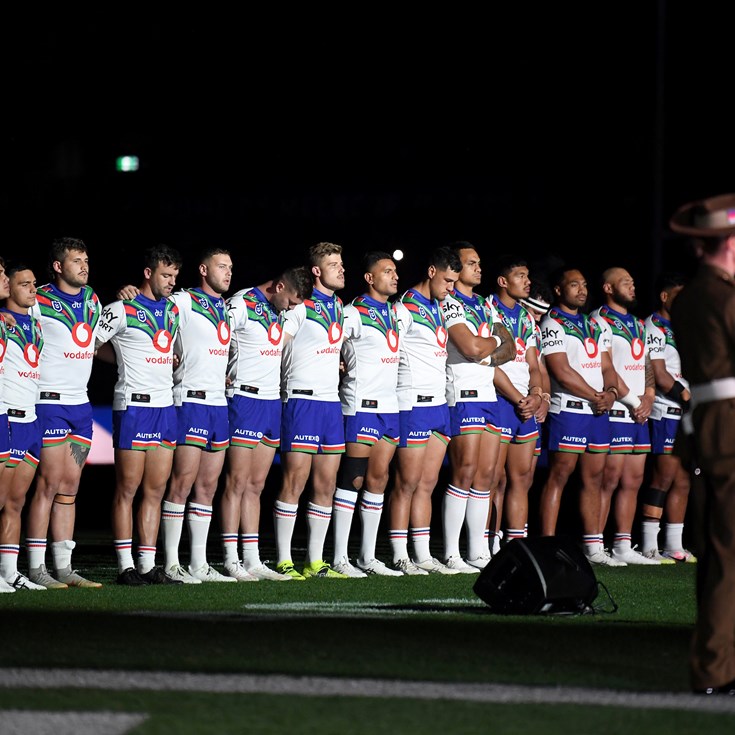 Walsh and Berry debut in much-changed Warriors side