Brian To'o and James Fisher-Harris are set to make their return for Penrith on Sunday afternoon against the Wests Tigers.

Panthers: In a minor change announced an hour before kick-off, Liam Martin moves into the starting side with Viliame Kikau dropping back to the bench.

Tyrone May will be on the interchange bench and Izack Tago is the 18th man.

Dylan Edwards (head knock) will play despite being injured in a nasty collision with Viliame Kikau last week.

Brian To'o (ankle) and James Fisher-Harris (personal reasons) will play their first games since round 19 with Brent Naden and Matt Eisenhuth dropping out of the squad to accommodate their return.

Fisher-Harris was held back from a return last week after limited training post-quarantine in Queensland but will play.

Taylan May and Charlie Staines were the first two players cut from the squad 24 hours before kick-off.

The Panthers have won seven of their past nine games against the Tigers.

Jock Madden replaces Adam Doueihi in the halves with the Lebanon international returning to Sydney for scans on a knee injury.

Billy Walters and Tuki Simpkins were the first two players cut from the squad 24 hours before kick-off.

The Tigers are aiming for back-to-back wins against the Panthers for the first time since 2013. 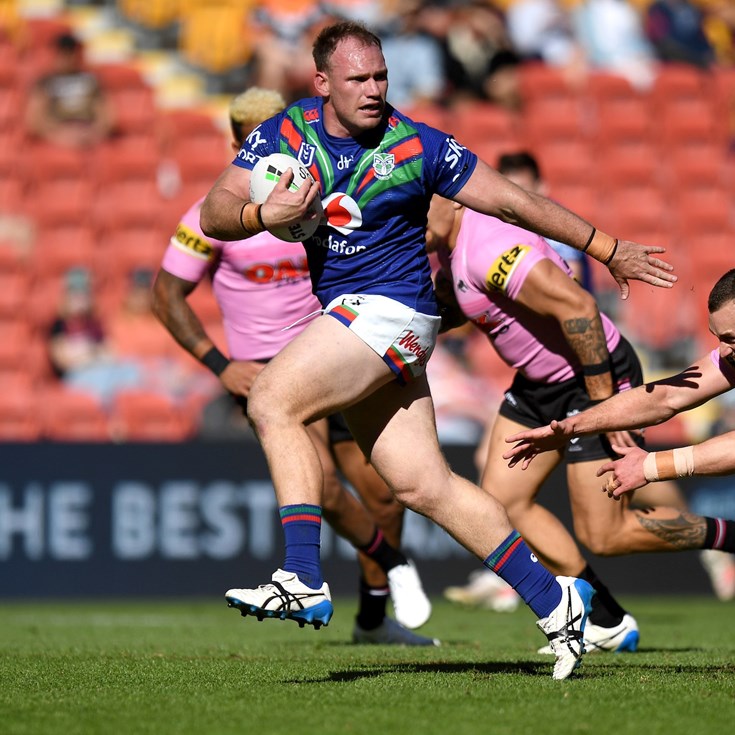 Hiku's try saver on Milford voted tackle of the week

Presented By Youi 4 weeks ago

Team of the week: Vodafone Warrior Hiku in the centres