Deflated Warriors coach Nathan Brown has all but given up on his team's NRL finals hopes after their injury curse struck again in an "embarrassing" 60-22 loss to Souths on Saturday - their seventh straight defeat.

The Rabbitohs ran in 11 tries at Sunshine Coast Stadium to ensure the Warriors remain 14th on the ladder and three wins outside the eight with six games left.

Brown admitted their depth would be tested "to the limits" after losing forwards Jack Murchie and Eliesa Katoa to head knocks and engine room enforcer Addin Fonua-Blake to a finger injury.

The Warriors mentor offered no excuses but little hope for a top-eight finish after his side never recovered from the Rabbitohs' first-half blitz of six tries in 23 minutes.

After a spirited display against Penrith a week earlier, Brown conceded the Warriors had gone "backwards" on Saturday.

"I think that [finals] is starting to look beyond us now, if we are being truthful," Brown said.

"I'd like to say it is not but you get to a stage where there's only so many games left and for us we haven't had a win for a while and we lost some more troops today.

"For us it is more about what we did last week. We started to put things in place (against the Panthers) that is going to help us going forward but today I felt we went backwards a little bit.

"We knew coming in today it was going to be a difficult task but I just thought we could have made a better account of ourselves in the early 20 to 30 minutes of the contest."

Some relief is in sight with Brown confirming inspirational skipper Roger Tuivasa-Sheck would be back next round against Wests Tigers and Chanel Harris-Tavita (pectoral) and Peta Hiku (shoulder) are also pencilled in for a return.

While Brown said their depth would be tested yet again next week, he was more concerned about their defensive mindset after they had 41 missed tackles and made 12 errors against the rampaging Rabbitohs.

"In the first half we should have done better than what we did.

"The focus is more on why we didn't deliver more of a spirited performance in that first period of the game, that's probably more on my mind.

Townsend bends a kick back inside to Reece Walsh

"We do find ourselves in situations in our defence under pressure that is not quite near the level that it needs to be.

"Unfortunately because we don't defend well enough against that type of quality opposition we didn't wrestle any momentum in the game and the score becomes a little embarrassing.

"We still have an element of players where the good and bad part of our defence is just too far away.

"For us to become the team that we would like to become over the next few years it is certainly an area we need to work hard at as a coaching staff and a playing group."

Positives were hard to find for Brown but he thought 19-year-old Taniela Otukolo stood up in just his second NRL game, rattling off 38 tackles in 61 minutes off the bench.

"The one positive was young Taniela played a long period of the game and actually made a real good account of himself, playing at dummy-half and doing a pretty reasonable job under some difficult circumstances," Brown said.

In another concern for Brown, prop Matt Lodge was placed on report late in the match for a dangerous tackle. 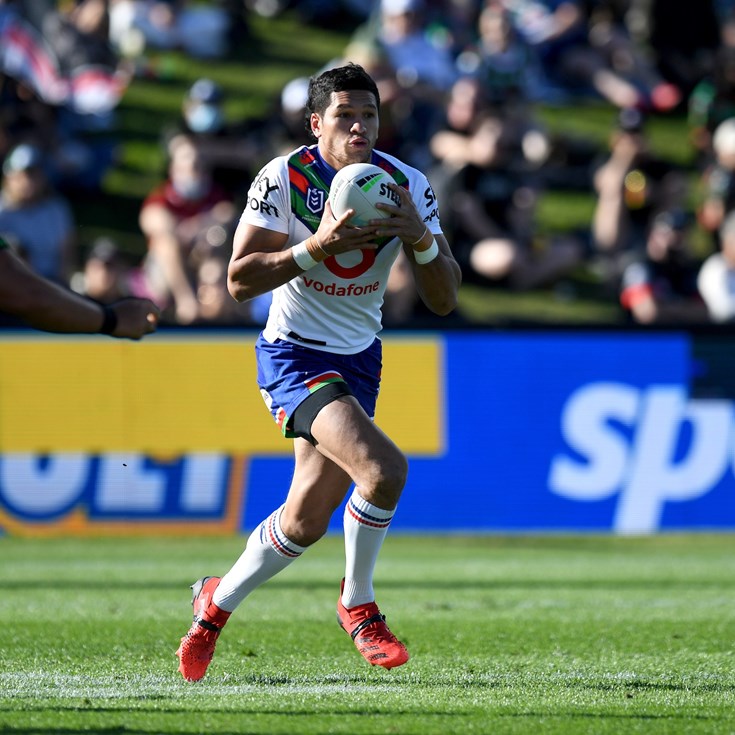