Paul Vaughan was "shocked" when Dragons CEO Ryan Webb told him he had been sacked and the decision to terminate his contract immediately is set to make him less appealing to rival clubs.

Vaughan, who was fined $50,000 and banned for eight matches by the NRL for breaching NSW Public Health Orders and the game’s biosecurity protocols by hosting a party last Saturday, was sacked by furious Dragons directors with 18 months remaining on his contract.

A further 12 St George Illawarra players, who had each been suspended for one match and hit with fines totalling $255,000, also face club-imposed sanctions but the emergency board meeting did not discuss sacking anyone other than Vaughan, who has had two previous breaches.

Where to now for axed Paul Vaughan

While a player of Vaughan’s calibre would be expected to attract interest from rival clubs, he must serve the eight-match ban after he signs a new deal – diminishing his appeal for any prospective suitors as he would miss a third of next season through suspension before he can play.

"It is a decision that the board has made, not just on this situation but there are two prior breaches that have also included COVID-related issues, so from a board point of view they made that call, which I support," Dragons coach Anthony Griffin said.

Webb and Dragons GM of football Ben Haran phoned Vaughan after the three-hour board meeting on Tuesday to tell him he had played his last match in the Red V jersey after 93 appearances since joining the club from Canberra in 2017.

"Paul took the news as you would expect. He took it quite hard and he was probably quite shocked by the news but that is how it was," said Webb, who told Vaughan of the decision.

"You are talking about a guy’s career and he has got a family so there was definitely some discussion around the board. It wasn’t an easy decision by any means.

"We delivered it as quickly as we could, I believe. We didn’t want it to drag out. There are still some pieces to tie up at the back end of this, but that is with Paul now."

Vaughan, who posted an apology on Instagram, admitted during an interview on NRL 360 on Tuesday night that he may have jeopardised his career.

“I really hope not,” Vaughan said. “This game, I love so much and it really pains me so much to see the impact this has had on the game. It has hit me hard. I never wanted this to happen and I would love to continue playing NRL."

He described receiving the news of his sacking from Webb and Harran as “very disappointing” but added: “I can understand why they took this stance”.

Asked why he had offered to host the party, Vaughan said: “To be completely honest it was more just to have the boys enjoying each other’s company. It was obviously not the right thing to do. In hindsight, it was dumb. It was a very stupid thing to do”.

The coaching staff’s attention will now turn to determining what games the remaining 12 suspended Dragons players who attended the party at Vaughan’s house miss as the NRL has allowed the bans to be spread across four matches.

Griffin said he was "gutted" by the actions of the players as they had been told not to get together after last Friday night’s golden point win over the Warriors, despite having a bye this weekend.

Among them were some of the club's biggest names, including Jack de Belin, Jack Bird, Zac Lomax, Josh McGuire, Corey Norman and Matt Dufty.

With Norman and Dufty having been told that they won’t be offered new contracts beyond this season, it remains to be seen whether Griffin now turns to the young talent whose emergence prompted the club to part ways with them.

If there is any upside for the Dragons out of the incident, it is that none of the future stars, such as Jayden Sullivan, Tyrell Sloan, Mat and Max Feagai, Cody Ramsey and Talatau Amone, were at the party.

"The thing that hurts the most is that some of our players have chosen that path on Saturday night," Griffin said. "Every player and every employee of the NRL understands the issues around COVID and what you can and can’t do.

"We have got some really good people in our club and the people involved in this are good people. They have made a terrible error of judgement in what they have done but we will grow out of this and we will become stronger and it is an opportunity for us to deal with this, as we have done.

"We will do whatever we can to improve the integrity and the perception of the club going forward."

Webb insisted the Dragons do not have a culture problem but admitted there were areas for improvement.

"In a similar fashion to how we looked at where we were on field with Hook and we looked at our list and the major moves you have got to do to make that better, I think we need to honestly look at our culture and say we are not where we want to be and how are we going to improve it from here," he said.

“I wouldn’t define it as a culture problem, but we are a long way from where we want to be." 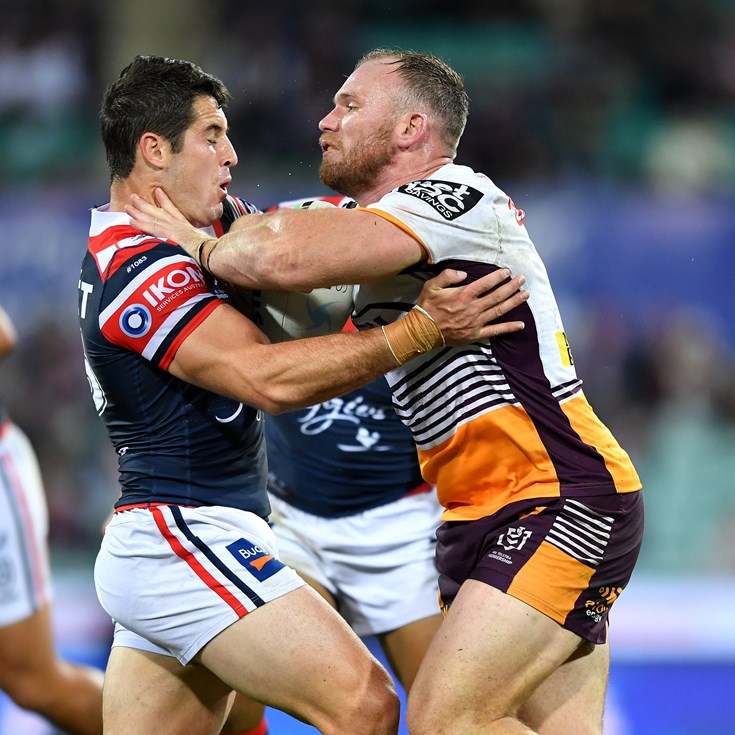 Moses and Wighton named in halves for Origin III