Warriors coach Nathan Brown lamented his team's all-too-familiar inability to close out a match after they imploded to suffer a 19-18 golden-point loss to the Dragons.

Making matters worse, Brown conceded their depth will be "tested" against Cronulla next week with lock Tohu Harris unlikely to play after injuring his shoulder and copping a head knock.

Mid-season recruit Chad Townsend could be in doubt as well with Brown saying the halfback needed "plenty of needles at half-time" to push through his own shoulder problem at Central Coast Stadium.

Second-rower Eli Katoa also hurt his shoulder but returned, only to limp off during extra-time with an ankle injury.

Despite the adversity, Brown said the Warriors should have wrapped the game up given they led 18-6 with 10 minutes to go.

Instead, they invited St George Illawarra to attack with a series of mistakes and the visitors incredibly piled on three tries including one on the final play of regulation time.

Corey Norman then booted a field goal in the 88th minute.

"We had a crux of blokes who all played really, really well, but we're just not quite good enough to deal with that [errors] at this stage."

Brown praised Townsend's control and kicking in his return for the Warriors after being granted a release by the Sharks and explained how the playmaker made a bizarre mistake.

With the hosts up by eight, Townsend missed a field goal and booted the ball dead, allowing the Dragons to march downfield from the seven-tackle set.

"It probably would've been a better option to try and get the ball back, but he thought we were up by six," Brown said.

"He's not the first player who's done that and unfortunately he didn't quite recognise the score. But there were many factors in the last 10 minutes where we let ourselves down and golden point was a whole new game.

"He contributed greatly to us getting to that sort of stage where we were still able to manage our way into the contest."

Brown said prop Matt Lodge should be available next round after joining the club from the Broncos. 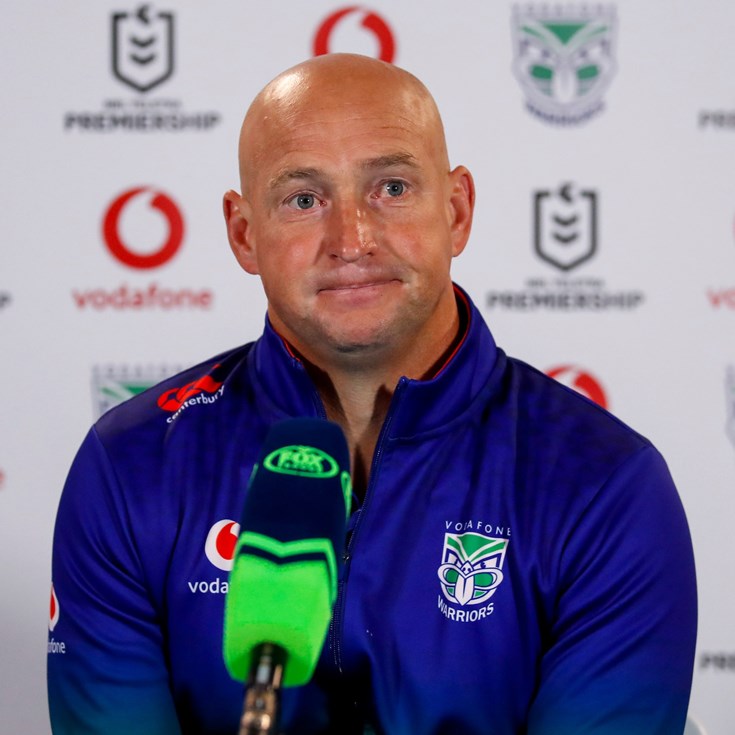 Brown: Obviously not a fluke it keeps happening

Bunty storms over for his first try of the season

Katoa carves back against the grain for superb try