Townsend made a mid-season return to his former club to plug the gap left by what was thought to be a season-ending pectoral injury to Harris-Tavita.

Further tests have since revealed the halfback has avoided surgery and is on track to return as early as round 19 or 20.

Brown said the addition of Townsend would be a boost regardless, with the 2016 premiership-winner bringing experience and organisational ability, while also praising the recruitment of returning favourite son Shaun Johnson for next season.

"Chad's obviously a good talker and played in a key position at Cronulla during a very successful period so fitting in for Chad's quite easy as far as the position he plays and being a vocal point of the team," Brown said.

"Dallin being the Kiwi captain, they both bring plenty of experience and have settled in pretty comfortably.

"If Chad can help the right edge defence and kick the ball well and organise some nice clear early calls that would be sufficient early on.

"The main thing is helping the right edge in defence, his own defence, talk and kicking the ball. If he gets those things right that would be a really good starting point.

"The things we need from Chad are his two best attributes and that's his talk and organisation, and his kicking.

"When we're running with young blokes in key positions you can't beat experience and Chad's played plenty of finals, won a grand final and been very successful over a period of time."

Of Harris-Tavita's prognosis, Brown said: "We're quite hopeful – Chanel was going to be the season but now it's not quite as bad as first thought.

"Hopefully six weeks sort of period, if that's the case he's a few more weeks away. He went to New Zealand for what was going to be surgery then worked out surgery wasn't required.

"He's been doing his rehab over there with our staff and he gets back here tomorrow. All reports are he's going really well and we're quite hopeful that six-week period, touch later worst case.

"When the injury first happened we were thinking he's gone for the season and with Karl Lawton leaving us we hadn't replaced any sort of player in that [playmaking] position.

"Chad's skillset is something we thought could help our football club regardless of if Chanel's fit or not and help someone like Chanel's game as well being a younger player.

In footy and in life, be there for an offload

"The decision got made pretty quickly because we've been looking for a hooker for a fair period of time and nothing came up then obviously when Chanel got hurt the Chad thing works out really well because other people can play dummy half and support Wayde if needed as well."

The club has been public about its hunt for another dummy half, with the stocks getting even thinner with Lawton's recent departure to Manly.

Brown said he wasn't looking too far ahead but said having an extra playmaker around could allow either Harris-Tavita or Kodi Nikorima to slide into dummy half to support Wayde Egan.

The things we need from Chad are his two best attributes and that's his talk and organisation, and his kicking

"That could definitely be a possibility [using one of the halves at hooker]," he said.

"When these things happen later in the year at the drop of a hat you never know what combinations will work well and we've got Chanel coming back from injury so there's so many things to contemplate but in the shorter term we'll have Chad and Kodi building up a nice combination then we can work our way through it from there."

Of Johnson's return, Brown said the club's initial reluctance was around the 30-year-old coming off a major injury and uncertainty over how their own playmaking puzzle would piece together but once talks ramped up there was huge support from both the playing group and the wider club.

"In his time at the Warriors he only played one finals game (after 2011), the club had a pretty lean trot so to go and play for a club like Cronulla that's had a lot of success would have been good for Shaun's development.

"He's gone to a club that hasn't missed the finals for seven or eight years and won a grand final. The experience of seeing how other clubs do it, especially a club that's had some success, will be great.

"Which is what we expect from Chad as well, having another experienced player in a key position is so important for us. Especially with the path we're heading down with a young fullback in Reece."

Of Walsh, Brown added: "He's just got out of isolation (Wednesday) morning so we'll see him at training later on.

"We're hopeful it's only a short-term thing but we won't know 100 per cent until we see him but the Queensland people thought it wasn't too bad." 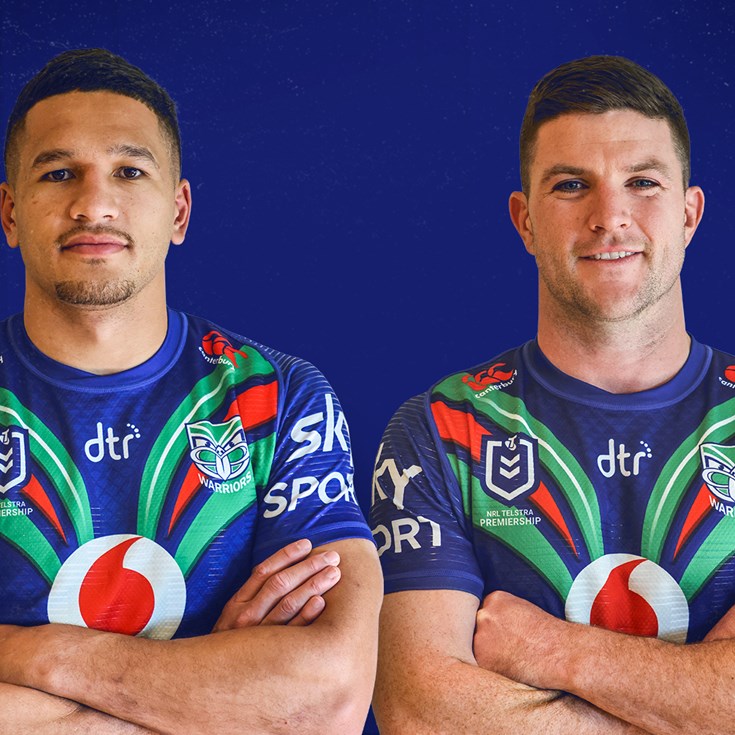 DWZ and Townsend rushed straight in to face Dragons

This time Beale's in Red V taking on old club

NRL moves back into level four lockdown after new outbreak