Magic Round is a great concept and I loved that we played eight games at the same place last weekend.

Some teams rose to the festive occasion and others continued to falter. Here's how the Power Rankings stand after 10 rounds.

It's becoming the norm to have Penrith at number one. The Panthers haven't moved aside from week two when they replaced the Storm on top after the pre-season rankings.

They're going to play in the grand final. I don't see anyone else except Melbourne being able to beat them.

With three stars already out, the Storm lost their best player on the day - Ryan Papenhuyzen - and Nicho Hynes stepped up and had a blinder to inspire a big win over St George Illawarra.

From a neutral point of view, it was pretty cool to watch. But as a Dragons fan and being on the coaching staff, I just marvel at the fact that everyone does their job for Melbourne and that's why they're successful.

Took a big step forward in the first half against the Warriors. However, it reminded me a bit of what Penrith did last year - if they blew teams away early, they weren't ruthless enough to truly put the foot down.

You watch the Panthers this season and they don't let the foot off the pedal now. That's the next step for the Eels. Mitch Moses is in great form. The next two weeks may tell us how good Parramatta really are with matches against the Sea Eagles and Rabbitohs.

Every try from Round 10

Professional. They won't like the fact they had to win it twice against the Cowboys, but they just got the job done.

The Roosters play the Broncos this week followed by the Raiders, a bye and then the Titans. Trent Robinson's team will keep doing what they do. It's remarkable.

Cooking at the moment. Defensively stout. A big month is coming up for Manly with a massive game against the Eels on Sunday afternoon. Clear some time, wherever you are, because I think it'll be a belter.

The Sea Eagles are still on the outside of the top-tier Rankings-wise, but the competition will be on notice if they upset Parramatta.

Get Caught Up: Magic Round must-see moments

I don't normally drop a team after a win, but I think if South Sydney played Manly, the latter would win right now.

I'm not happy with the Rabbitohs' defence and I'm not sure how they rectify it. I needed to see more stoutness in a 32-22 win against the Sharks, who have been struggling.

They play the Panthers in Dubbo on Sunday - it's got the smell of when Souths beat the Raiders in a high-scoring match a couple of weeks ago and then lost 50-0 to Melbourne.

For the first 20 minutes against the Eels, I thought the Warriors were putrid and nothing had changed. But the way they fought back - sometimes you see more in a loss than you do in a win.

They've turned a corner. The Warriors were gritty and while they'll have their off days, they have some really good footy players and were determined to get back into the contest with Parramatta.

Reece Walsh needs to be in the starting side. I'm not sure where, but he's just too good to be on the interchange.

It was tough for the Dragons against the Storm, being down to 12 men early. They hung in for the first half and they'll be disappointed knowing they let it slip in the second. They can't compromise the things that brought them success earlier in the year.

Matt Dufty has been a bright spark in attack and while his shoulder injury will give someone else an opportunity, the fullback's ball-playing is going to be missed.

Will push for the eight. North Queensland are in a logjam and their for-and-against is terrible, but they look like they could squeeze a few wins out. They've got a pretty good run coming up.

I like the fact the Cowboys can attack. If they beat the Knights on Thursday, the Warriors the next week and then bounce into a bye, they could go on a run.

Sometimes you just need to win, it doesn't matter what it looks like. And Canberra had to deal with adversity to beat the Bulldogs.

But looking at their draw - they play the Storm and Roosters before having a bye - if the Raiders lose the next two games I've still got them missing the eight. Their win didn't inspire me that they'll go on a run.

Inconsistent. I feel Adam O'Brien would love to let rip for a couple of weeks and make changes but he probably can't do that at the moment. The Knights are a tough watch. They don't know what kind of team they want to be.

To be fair to Adam, he hasn't been there long, but Newcastle have been like this for five years.

I'm selling my shares in the Titans. The suspended David Fifita's a very, very good player, but I wouldn't say he's worth 40 points.

The Gold Coast play the Bulldogs on Saturday which might get people back on the bandwagon but they face the Storm and Roosters in the next month. If they're going to make the finals, they need to be way better.

Could have had them higher but I want to see consistency. That's the thing with the lower teams - I'm not going to drastically move them off the back of a win over a team I don't have in the eight.

The Tigers were great in beating Newcastle, but what does it look like this week when they come up against the Warriors. Are they going to be the Tigers of Magic Round or Campbelltown?

Six losses in a row. If anything can get them out of their slump, it's firing up for a local derby on Friday night. But they're no longer the gritty Sharks team that I came up playing against.

I don't know if they're getting any better. Manly are by no means a top-three team but they put Brisbane to the sword. They're putting in an effort one week and not the next. That's hard to watch for their fans.

There's a smell of "we'll be right next year" about the Broncos.

If Canterbury weren't happy with their game management last week, resulting in Kyle Flanagan being dropped, then they'll be upset about leading 12-8 against a team with 12 men and not getting the job done.

Maybe it's another area in which they're not performing that is creating indecision in the playmakers. The Bulldogs look like they're on their way to a wooden spoon. 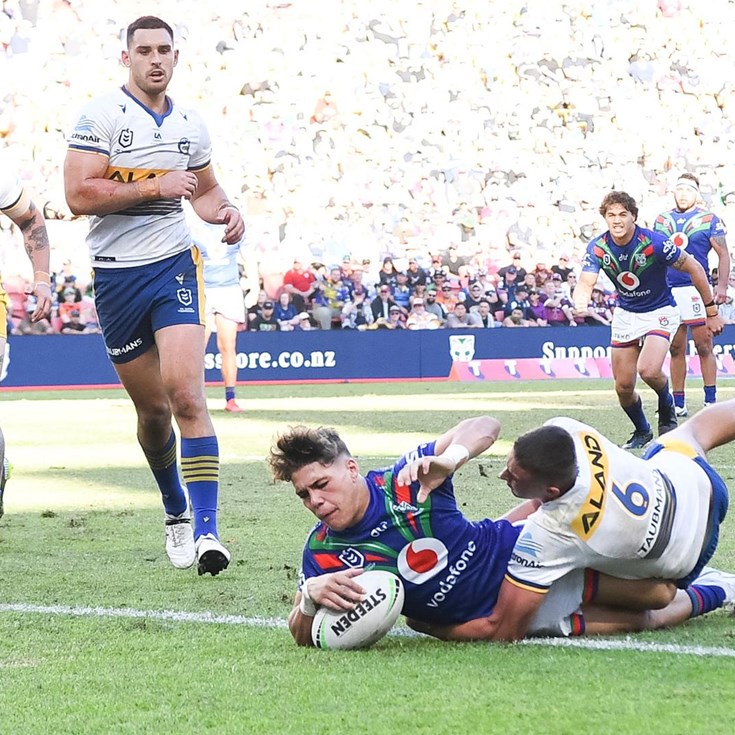