Nathan Brown concedes he is still working out how best to use whizz-kid Reece Walsh – particularly without the ball – as Tom Trbojevic and Manly tore the Warriors' edge defence to shreds.

The Warriors aren't the first and won't be the last side carved to pieces by Trbojevic, who was sublime with six try involvements in a mile-a-minute 38-32 win at Lottoland.

Chanel Harris-Tavita's return from a foot injury meant Walsh was shuffled to the bench, where he sat for 53 minutes before being injected when Manly reclaimed a 22-20 lead.

The Warriors' attack clicked into gear late with Walsh again at the forefront in his third NRL game, but Trbojevic also made a beeline for the rookie's left edge to engineer several Sea Eagles tries.

Brown has been careful to manage the 18-year-old's defensive duties so far – starting him at fullback/wing in defence and five-eighth with the ball in his debut against Melbourne.

The coach openly questioned his own use of the youngster after Manly's six-point win.

"He’s only been with us for three weeks. Manly had a plan for when he was on the field, and they’re the things that will be great to learn for Reece. Obviously they didn’t go there by fluke.

"They’d obviously worked out from when we played him at fullback to where we put him last week when the Cowboys didn’t know where he was going to be.

"This week, Manly probably had a fair idea, and that’s a part of learning how to play first grade.

"Did I use our personnel well today? One would suggest I probably need to take some responsibility because we came up against a smart coach and some players who can think on their feet.

"Sometimes the coach needs to look at how he did everything."

The Warriors' fightback from a late 36-20 deficit to within only a desperate Jason Saab try-saver on Ken Maumalo provided little solace for Brown.

"It probably suggests where both the teams are at ... when the game gets really frantic we leak points and struggle to stay in the contest at times," he said.

Their late rally does keep the Warriors above Manly on points differential in eighth place ahead of a Magic Round showdown with Parramatta and ex-teammate turned buy of the year Isaiah Papalii. 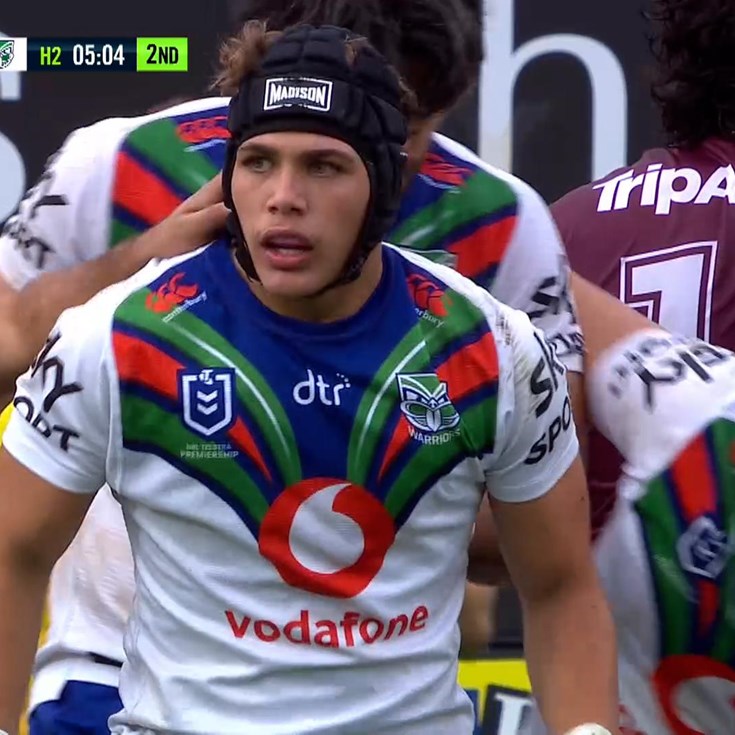 Frei and Vailea among try scorers in Redcliffe victory