Tuivasa-Sheck becomes the 26th player to reach the milestone for the club just a week after winger Ken Maumalo achieved the feat against Manly-Warringah last Friday night.

Lining up alongside Tuivasa-Sheck for the special occasion will be prop Bunty Afoa – back from suspension – as well as veteran centre Peta Hiku who returns after a two-game absence with a knee complaint. He has been listed to start on the right wing with Marcelo Montoya named in the centres.

While Afoa and Hiku return, right winger David Fusitu’a and second rower Eliesa Katoa are both out and so is second rower Bayley Sironen (shoulder) who is missing for the second week on end. Fusitu'a has a hamstring issue.

Coming into the second row is Josh Curran with prop Jamayne Taunoa-Brown – back from a three-match suspension – included on the extended bench.

Curran apart, the starting pack named is the same as the one used in the 12-13 loss to the Sea Eagles. Afoa joins Ben Murdoch-Masila, Kane Evans and Paul Turner on the interchange. He turned out for feeder club Redcliffe in the Intrust Super Cup last Saturday making 125 metres from 10 runs and 25 tackles without a miss as the Dolphins beat the Central Queensland Capras 24-22.

The 27-year-old Tuivasa-Sheck will lift his career tally to 184 appearances this week as he eyes the 200-match mark in his last season with the club.

The Dragons have been the Vodafone Warriors’ most challenging opponents in the club’s history with St George Illawarra heading the win ledger 21-9 in the 30 encounters between the two sides since they first met in 1999.

However, the Vodafone Warriors have won the last four straight starting with a 20-12 success at Mount Smart Stadium in 2016 followed by the historic 18-12 win in Wollongong in 2018, a 26-18 triumph in the Magic Round in Brisbane in 2019 and an 18-0 shutout in Gosford last year. 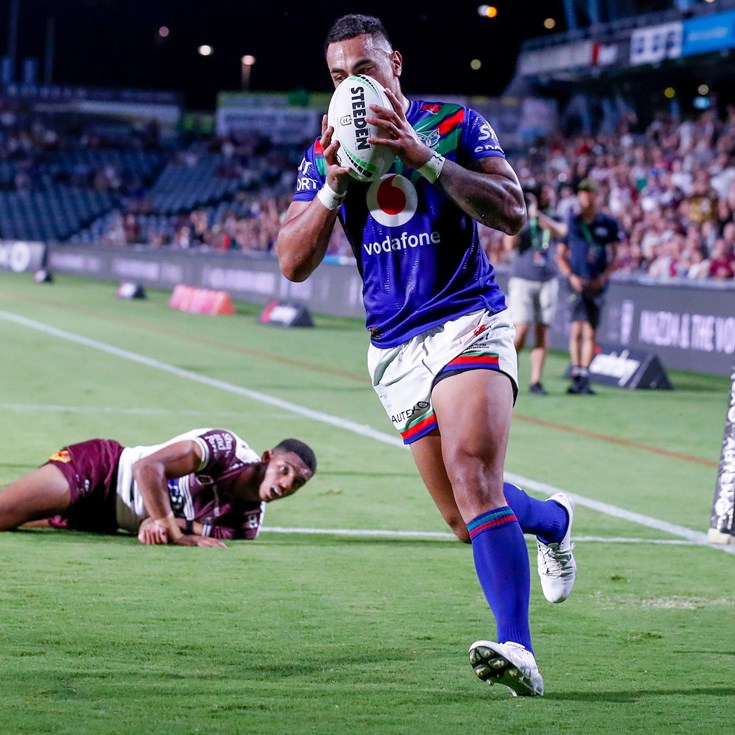 Brown: We really let ourselves down with our attack