Nathan Brown's first game as Warriors coach is up against arguably the most exciting team in the league with the rapidly improving Titans visiting Central Coast Stadium.

Both these clubs are aiming to become top-eight contenders this year after missing last year's finals, with each recruiting heavily in the off-season.

The Warriors have brought in Addin Fonua-Blake, Euan Aitken, Ben Murdoch-Masila, Bayley Sironen and Kane Evans, while the Titans clinched the superstar signings of David Fifita and Tino Fa'asuamaleaui plus Patrick Herbert and Herman Ese'ese.

The Gold Coast are favoured to climb this year after winning their last five games of 2020, but the Warriors are set for a big season as well in Roger Tuivasa-Sheck's final year at the club.

Warriors: The team temporarily based in Gosford will start 1-17 after Adam Pompey and Sean O'Sullivan were omitted an hour before kick-off.

Wayde Egan has recovered from an elbow injury suffered in the trials and will start at hooker. Jazz Tevaga provides dummy-half cover on the bench.

Former Dragon Euan Aitken will start in the centres while fellow recruits Addin Fonua-Blake and Bayley Sironen are in the run-on side and Ben Murdoch-Masila  on the bench.

Chanel Harris-Tavita (quadriceps) and Eliesa Katoa (cheekbone) have both recovered from injury and are good to go for the start of the Nathan Brown era.

Second-rower Eliesa Katoa (cheekbone) is fit and good to go. Tom Ale and Josh Curran were omitted from the reserves on Friday. The Warriors are chasing back-to-back wins over the Titans for the first time since 2010.

Titans: Like the Warriors, Gold Coast will start 1-17 after Phillip Sami and Beau Fermor will left out an hour before the match. Off-season recruits Herman Ese'ese and Sam McIntyre were dropped from the squad 24 hours out from kick-off.

Patrick Herbert will line up at centre against his old club while big-name recruits David Fifita and Tino Fa'asuamaleaui join captain Kevin Proctor in a powerful back row.

Star fullback AJ Brimson is fit and firing after missing the first 11 rounds of 2020 with a back issue and then suffering a foot injury in his State of Origin debut.

Tyrone Peachey had an excellent finish to the 2020 season at lock but with two high-profile No.13s coming on board he has been moved to the bench and will provide impact alongside Sam Lisone.

Chanel Harris-Tavita v Jamal Fogarty: The fullback battle between Kiwis custodian Tuivasa-Sheck and Maroons rookie Brimson will dominate the highlights but the contest between halfbacks Harris-Tavita and Fogarty will likely play a bigger part in deciding the result here.

After two seasons in the top grade it's time for the 21-year-old Harris-Tavita to become a dominant playmaker at the Warriors, a role that 27-year-old Fogarty thrived in in his first full season as a Titan last year.

The Titans didn't just finish the 2020 regular season on a high, they were arguably the second-hottest team in the final five rounds.

In that period they scored 25 tries and conceded just 10, ranking them second behind only minor premiers Penrith (25 scored, five conceded) and level with eventual grand final winners Melbourne (30 scored, 15 conceded). And that was before the arrival of Fifita and Fa'asuamaleaui.

What will be the result in this Telstra Premiership clash? 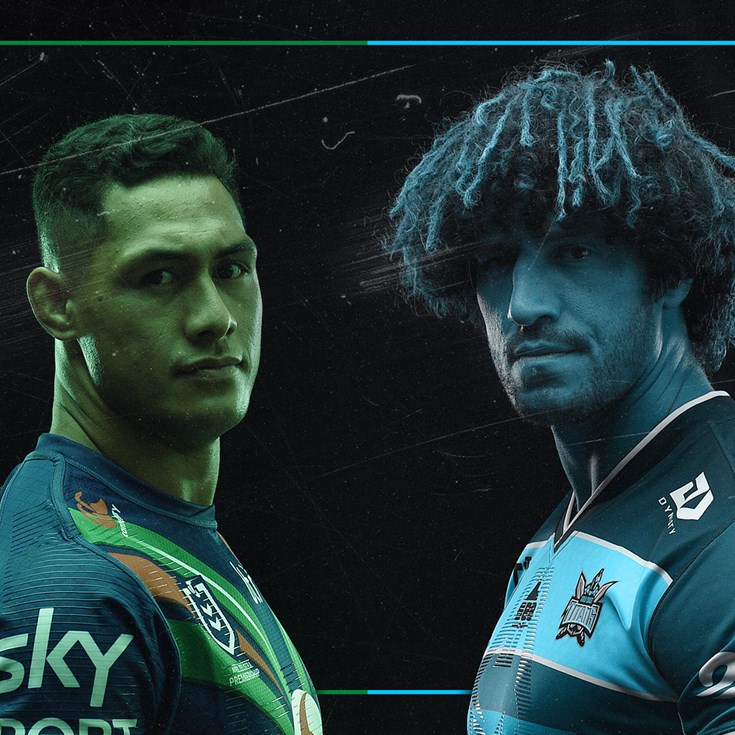 Get hyped for kick-off