Phil Gould has already imparted his renowned motivational powers onto the Warriors with the new club-wide consultant delivering a rousing speech.

Gould, whose role includes honing player pathways and developing the game in New Zealand and the Pacific Islands, last week visited Tamworth, where the Warriors are in a training camp.

And while he told local media that his job won't involve any coaching, it didn't take long for the most successful NSW State of Origin mentor to positively stoke the emotions of the team.

"He came and watched training and I think he was doing a few bits with the coaches," prop Evans said.

"He had an inspirational talk about the opportunity we have [in Tamworth] and how we have all this time and how we should take it.

"He was actually talking about the legacy of this club, too. How we can take this club from being mediocre to the whole organisation being up there with the best, and to keep it up there for the next 10 to 20 years.

"It was good having him around. Everyone had that fire in the belly after his speech ... Some boys were emotional and some were just really fired up to do their best.

"He brought up stats; how we're averaging coming 10th in the last 10 years in the NRL ... Just hearing stats like that and then with his inspirational talk after, everyone was just fired up. It was exciting."

Montoya, who is competing for a spot in the backline, added that Gould's revered standing in rugby league gave his speech weight.

Gus was actually talking about the legacy of this club. How we can take this club from being mediocre to the whole organisation being up there with the best

"It was a pretty intense conversation Gus [Gould] had with us; it's probably something I'll learn off a lot," the former Bulldog said.

"Just to hear what he was saying about the group we have here but also the club, and also the success he had as a coach and as a player as well ... From someone like Gus, it gives you confidence.

"But you know at the end of the day it's words, so you've got to make sure you stay grounded with what you're doing and make sure that you're always working hard to improve.

"I think that session we had with Gus was a massive positive for all of us, especially because we've got a few younger boys here."

Meanwhile, Evans, who has joined the Warriors from the Eels, said he's enjoying having Nathan Brown as head coach.

"I'm definitely loving what we've been practising, especially the shapes we have coming this year in attack. They're looking very exciting and I can't wait to be able to pull it off," he said.

"From what I've learnt so far, I'm pretty impressed and I can't wait to see what happens this year ... [Brown] is definitely making use of the [Tamworth camp] with late-night video sessions and extra training sessions that other teams wouldn't be able to do.

"There's really no excuse for us to not have a good year." 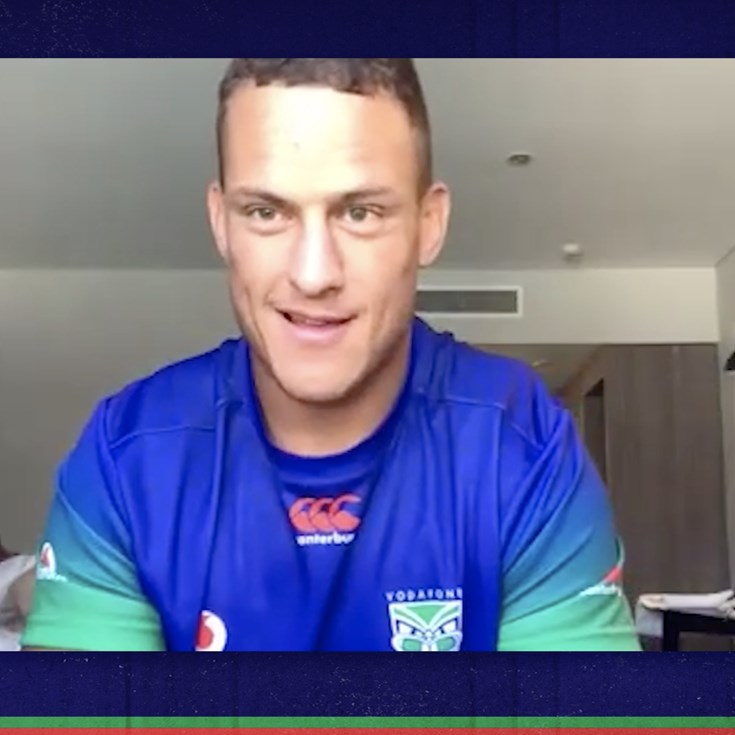 Evans: Everyone was just fired up

Montoya: I'll do what I can for the team