A knee strain suffered by Wests Tigers utility Moses Mbye took some of the gloss off an otherwise impressive 20-6 win over the Warriors in Sunday's trial in Rotorua.

Mbye left the field for a HIA in the 13th minute after a heavy collision while attempting to make a tackle.

He passed the HIA but it was then discovered he also suffered a knee strain. He did not return.

Speaking after the game, Wests Tigers coach Michael Maguire said Mbye would undergo scans but he's expecting him to be fit for round one selection.

The Leilua siblings and fellow Samoa international Nofoaluma combined to cause constant headaches for the Warriors, breaking the line on multiple occasions and scoring twice via Nofoaluma.

The Warriors didn't finish the match unscathed, with star fullback Roger Tuivasa-Sheck failing to return for the second half after suffering an ankle strain.

Speaking after the match, Tuivasa-Sheck downplayed the injury. He said he didn't expect to be in any doubt for the opening weekend of the season.

In further Warriors injury news, the club will wait on scans to determine the severity of experienced prop Agnatius Paasi's ankle sprain. Josh Curran also failed to finish the match.

After the Warriors took the lead on 18 minutes the Tigers scored 20 unanswered points to claim victory, with a Josh Reynolds try just before half-time wrestling momentum in favour of the visitors.

Reynolds did his chances of nabbing the starting hooker job for round one no harm with an impressive showing off the bench.

Despite fielding their best available side, the Tigers were slow to start.

After Alex Twal dropped the ball coming out of his own 20 the Warriors punished them with a Ken Maumalo try.

That lead would last until Reynolds burrowed over four minutes from the break.

Seven minutes into the second stanza a mistake from Curran saw the ball hit the deck. Joseph Leilua then immediately linked with Nofoaluma who outpaced the covering defence to give the visitors a 10-6 advantage.

A piece of individual brilliance from Luke Brooks – which saw him catch young fullback Hayze Perham out of position with a clever chip before he kicked again for himself to regather over the line – gave the Tigers their third four-pointer.

Joey Leilua then capped off a fine outing with a slicing run before handing the ball off for Nofoaluma to claim his second of the afternoon.

The Tigers will now turn their attention to the round one trip to face St George Illawarra, while the Warriors will head into their opening clash against the Newcastle Knights without a single win through the 2020 pre-season. 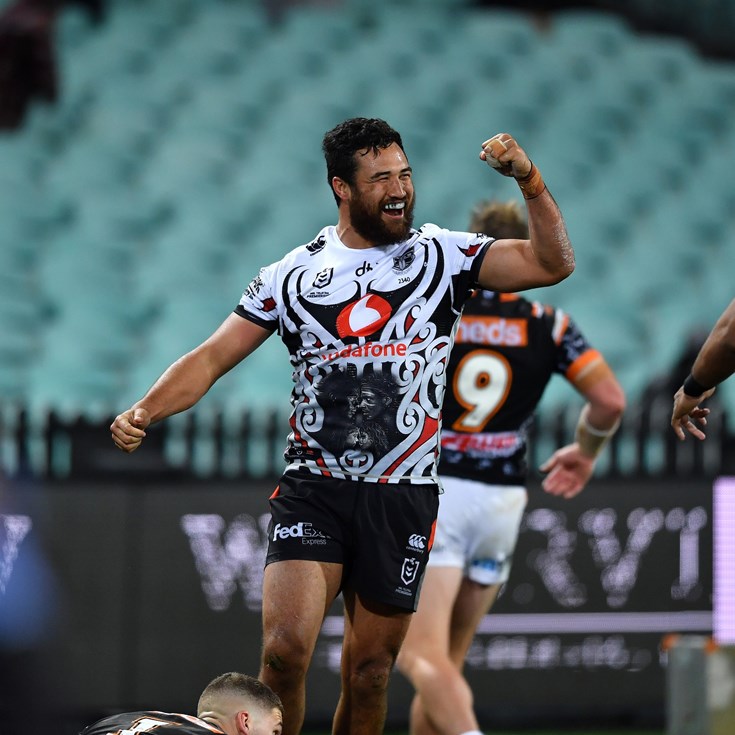 All the tries from final hit-out