Marcelo Montoya brings a heady ethnic mix to the rugby league table, one that created history and left a painful mark on his future club on a night of firsts in New Zealand’s deep south in 2017.

It happened to be the biggest day of the year for the Irish – March 17 – when the Canterbury Bankstown Bulldogs took their allocated home game against the Vodafone Warriors to Dunedin’s Forsyth Barr Stadium, making it the first – and still the only – NRL match played in the city.

It was a particularly memorable night for a 21-year-old Montoya, not least because he made his NRL debut on the right wing that night but also because he became the first player of Latin American descent to play in the competition.

Marcelo Eduardo Montoya’s back story is one of the more fascinating in NRL history, one which makes him eligible to represent three nations.

“My father’s Chilean and my mother’s Fijian. My old man met my mother in Fiji when he was working there,” he said.

“I was born in Fiji but we moved to Australia when I was two years old.”

While Australia has become home, it’s his Fijian side which has come through strongly, leading to him representing the Fiji Bati and helping them to their most famous victory in history when they shocked the Kiwis 4-2 in their 2017 Rugby League World Cup quarter-final in Wellington.

“When I was growing up my Mum was all focused on us growing up the Fijian way and Dad wasn’t too fussed,” said Montoya.

“He was happy about us growing up the Fijian way and learning all about Fijian culture. We weren’t taught much about the Chilean way of things.”

Montoya hasn’t been to Chile yet but has it on his bucket list one day so he can find out more about his father’s side of the family.

Until then, he’s nurturing his South American connection by doing all he can to promote Latino rugby league through his role as an ambassador for the Latino Heat.

“One of the guys (connected with Latino rugby league) got in touch with me about two years ago and asked to go to a tournament they run at Liverpool (in Sydney),” he said.

“I met the boys involved and they told me how excited they were about the Chilean team. It was a positive thing for them to be playing rugby league. It was nice for me to go down, speak to the boys and be part of that. I’m willing to help them out as much as I can.”

For now that can wait as he settles into his life with the Vodafone Warriors, signing a two-year deal with the club after 54 appearances and 19 tries for the Bulldogs.

His initiation has been far from conventional as he and the other new signings have been forced to start the preseason in an unusual manner due to Covid-19’s ongoing impact, training with a group of players in Kiama on the New South Wales Coast while the rest of the squad is based in Auckland.

“The boys are all good here. They’re ripping in and working hard,” said Montoya.

“In January we’ll be looking forward to meeting up with the other crew from New Zealand, working together and just being a team.”

He had a stellar under-20 career for the Bulldogs, scoring 36 tries in 46 NYC matches from 2014 to 2016 before breaking into the NRL. Named Canterbury Bankstown’s 2017 rookie of the year, he scored 12 tries in 19 appearances. 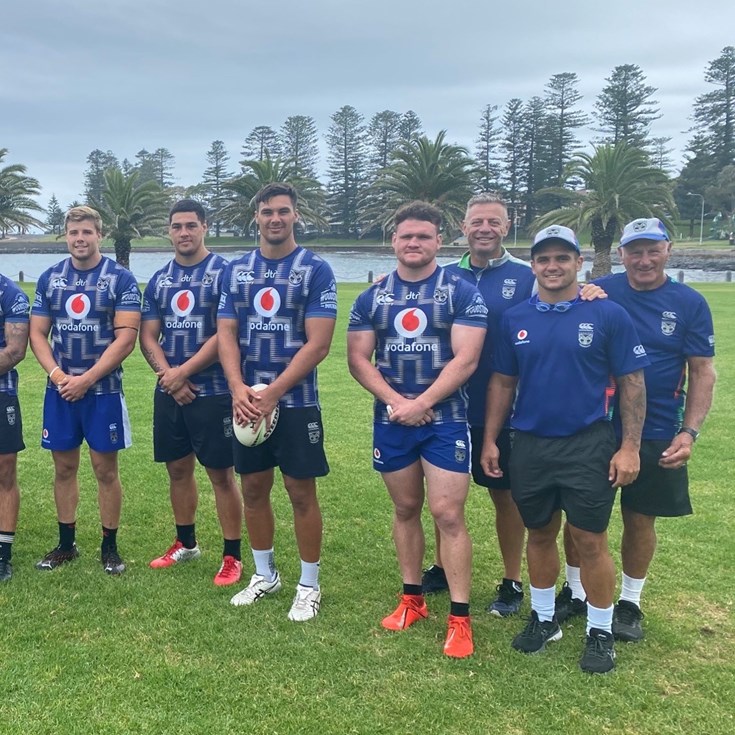