Tamarua and Paul were two of the five New Zealand-based players who travelled to Sydney for the Warriors’ third campaign in the NRLW premiership.

Warriors captain Georgia Hale is unavailable for the match.

Stephens was crowned the competition’s MVP and Terehia Hill-Moana was named MVP for the the women’s championship final after the Stallions came away with a 12-10 win over the Auckland Vulcans. Vulcans players Lavinia Tauhalaliku and Shannon Muru have also earned their debut spots after impressive seasons.

From the Sky Sport women’s premiership, Counties Manukau powerhouses Kere Matua and Christyl Stowers both earn their debuts as well as premiership MVP Harata Butler and MVP from the grand final Kararaina Wira-Kohu.

The beaten Akarana side provides three of the 11 debutantes in Karli Hansen, Katelyn Vaha’akolo and Sharliz White.

“It’s a proud moment to wear the black and white jersey, especially for those making their debut in front of family and friends,” said Henry.

“I have been encouraged by the performances in the Sky Sport premiership, national championship and NRLW competition.

“There is an exciting mix of fresh talent and experienced leadership in this squad and it was no easy task narrowing the wider squad to 19. The women’s game is strong and there is depth across the park, all positive signs as we build towards the 2021 World Cup.”

The Kiwi Ferns headline a ‘Clash of the Pacific’ women’s double header which kicks off with Tonga facing Niue at 2.00 pm. 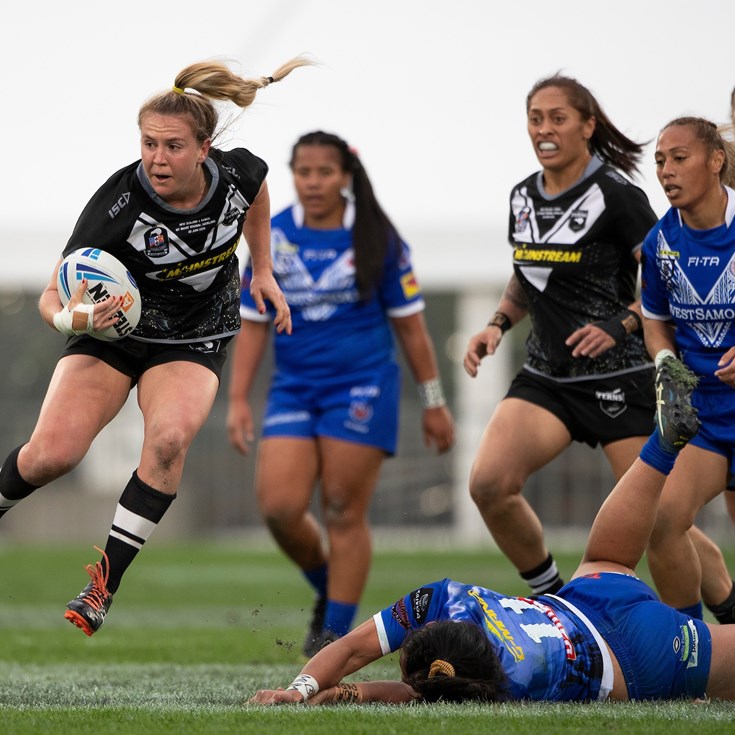 Kiwi Ferns pull away from Samoa