Results against St George Illawarra in haven’t been to the Warriors’ liking in the NRLW so far but a last tackle special from the 2018 encounter between the sides is a must for this week’s flashback (presented by Mazda).

After beating the Sydney Roosters in their debut in the competition, the Warriors were looking to back up with a second win that almost certainly would have propelled them into the NRLW’s first grand final.

When the Dragons led 12-0 at halftime and then 18-0 soon after the break the omens weren’t promising but a freakish try in the 41st minute provided a glimmer of hope.

There was nothing unconventional on a fourth tackle play as the Warriors went left just inside the Dragons’ half, Laura Mariu and Georgia Hale combining to set up a raid from Onjeurlina Leiataua, Amber Kani and Lisa Edwards. Edwards was eventually hauled down 25 metres from St George Illawarra’s line.

Kani went into dummy half to feed halfback Hale at first receiver, who set herself for a cross field kick on the last tackle – only it missed its target completely, fizzing off the outside of her right foot and dribbling along the ground. Hooker Krystal Rota seized on the loose ball, arcing across field on a searching run, looping a pass over the top for right winger Hilda Peters whoo served it up to centre Sarina Clark. She floated what was a hopeful left-footed chip towards the uprights, which was allowed to bounce in-goal by the Dragons, Raquel Anderson-Pitman stealing through to grab the ball and score.

A crazy try, to be sure, which put the Warriors back in the game at 18-6 but the Dragons would go on to take out the contest 22-10. 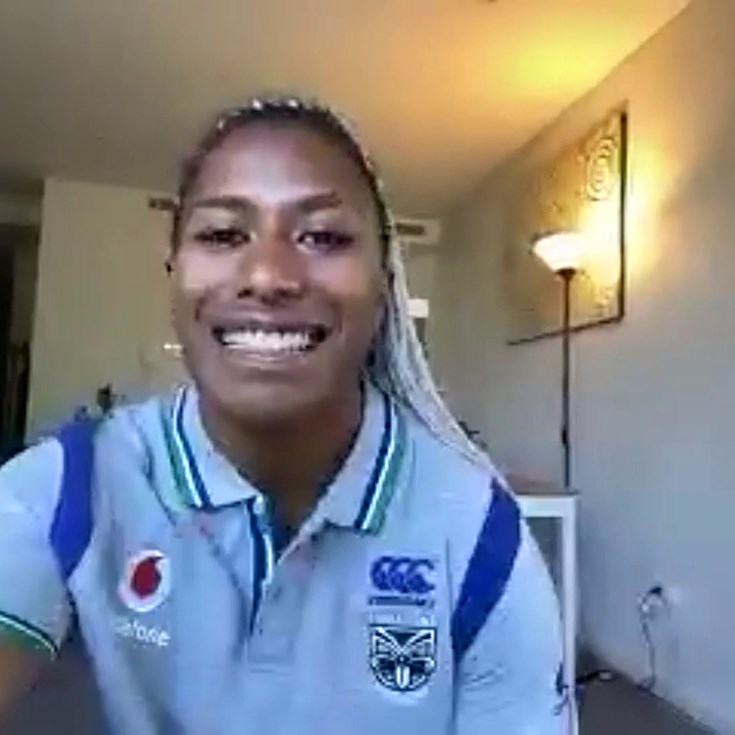 Harris-Tavita contender for tackle of the year

Vote Harris-Tavita for try of the year