When the Warriors team and officials approached Sydney airport on Monday, the players headed to the international terminal and coach Todd Payten veered left to domestic.

The man who has done so much to lift the Warriors' profile – and rugby league for that matter - even higher in New Zealand over the past five months was not stepping foot back in Auckland.

"This is probably the best move I've ever made in terms of moving. Someone has packed the house up for us and put it all on a container," Payten said.

Payten and his belongings are now heading to Queensland.

First, he will quarantine with his wife and three children for two weeks in the same resort on the Sunshine Coast where the Melbourne Storm have taken up residence for COVID protection. Payten's wife Julie also has family in the area.

I've really enjoyed New Zealand, this team, these players…. there is a really good culture here

"We go from this bubble to the next bubble but we're not part of the Storm bubble if that makes sense. We will be in a separate area," he said.

Once cleared medically, Payten heads up to Townsville where the Cowboys will await their third head coach within six months.

It's familiar territory for him since he was the Under-20s coach and then assistant NRL coach for four years before joining the Warriors in late 2018.

But Payten arrives a significantly improved coach this time. He knows taking over the Warriors mid-season from Stephen Kearney has changed him.

"It has showed me the more individual feedback players get in terms of coaching, the more they want," Payten told NRL.com.

"We had younger players asking more questions at training and looking at more footage. Even the more senior guys, they also had a thirst for it in wanting to get better.

"That has improved me as a coach. You understand how everyone is different. So you have to work out the best messages and then massage them among the players and staff.

"Being in the bubble allowed me insight to people off the field so I could see how they connect with others and what individual habits. Seeing that first-hand has been special."

Being the one who makes the final decisions has shown Payten not to rely solely on someone else's views about a player until he's done his own research as a head coach.

"He competes, he works hard at his game, he's skilful and he's so tough. But when I first got here everyone told me how flashy he is," Payten said.

"But I never saw that as I watched him more closely. What I was seeing on the park I would then take to form my opinion and not someone else's perception.

"He's been sitting in Greenie's (former half Blake Green) shadows and missed out on a spot in the side after round two but didn't kick stones. He came and saw me and said, 'How can I get back on the team?'

"I've learned to really find out about the individual."

Payten, who came off the bench and scored the final try in Wests Tigers 2005 grand final win, also coached the Under-20s side after retiring.

He's heard the old saying that 'Balmain boys don't cry' but he found it hard to hold back the tears after his final game as Warriors head coach.

"I've really enjoyed New Zealand, this team, these players…. there is a really good culture here. And seeing the Haka gets me every time." 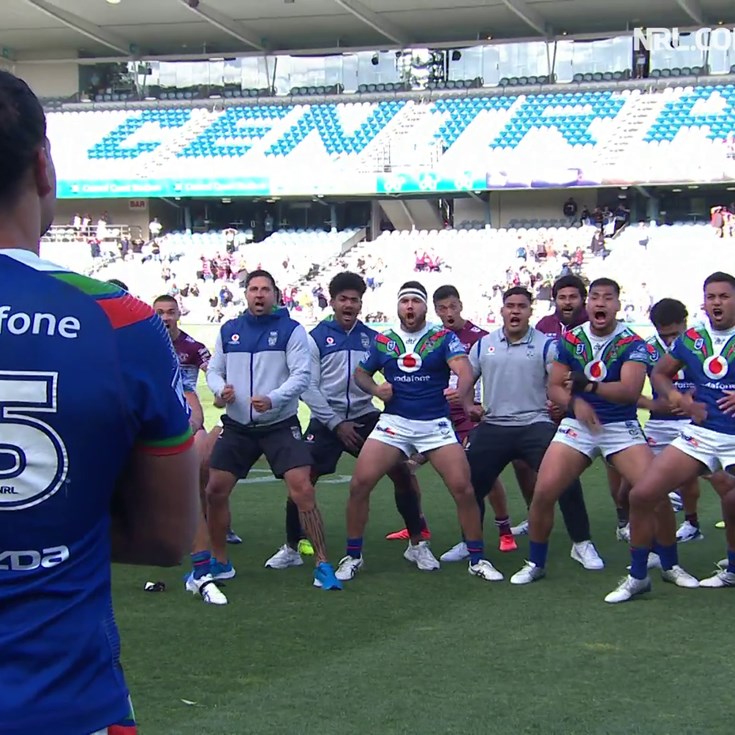 Payten: Had a tear well up watching the haka

All In: The story behind a season like no other