Veteran forward Adam Blair said he was “just stoked” to finish his career on a high after the Vodafone Warriors had beaten Manly 40-28 in his 331st and final NRL appearance at Central Coast Stadium in Gosford on Sunday.

The result enabled the Vodafone Warriors to finish the Covid-19 affected campaign in 10th place but more significantly gave the 34-year-old a winning end to his 15 seasons in the competition after earlier stints with Melbourne, Wests Tigers and Brisbane.

“It’s been a crazy ride,” he told Fox League straight after the match.

“I’ve given my all for every team I’ve played for and I’m just stoked to come away with a win and finish my career on a high.”

Blair said it had undoubtedly been a tough year for the Vodafone Warriors to deal with but he was excited about the club’s future.

“This club’s going in the right direction. They’ve recruited well and I just want to see some success here, that’s all.”

He told Fox League’s Ben Ikin that he was always focused on “doing my job.”

“I loved going out there and competing. I never went out there wanting to be the best played. I wanted to be that player everyone loved playing with and hated playing against. I didn’t want to disappoint my teammates.”

In his last game, Blair was on the field for a total of 35 minutes making his presence felt with his typical enthusiasm and energy as he made 69 metres from seven runs, 14 tackles without a miss and two off loads. 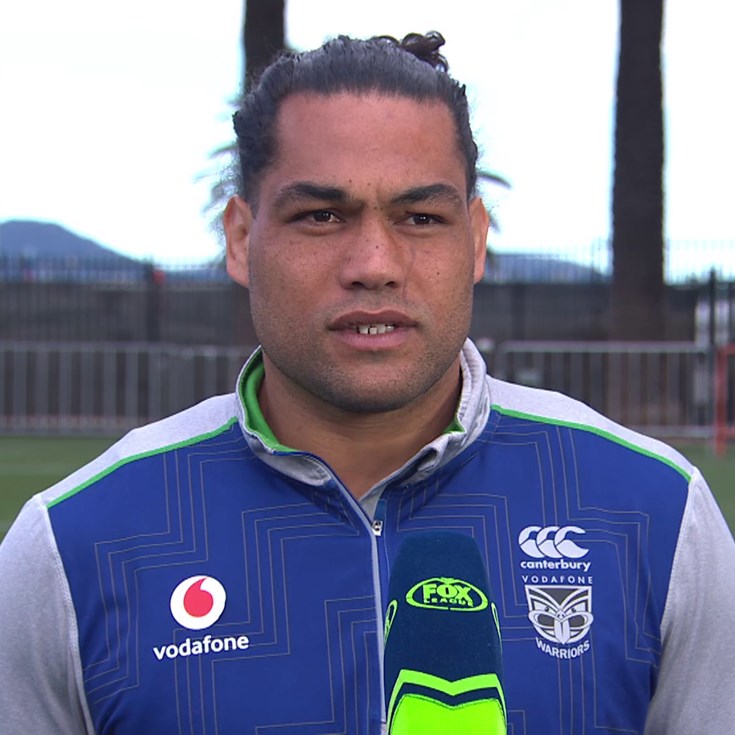 Payten: Had a tear well up watching the haka