It is never easy being a coach in the NRL, but 2020 has provided challenges like never before.

The COVID-19 shutdown and restart, life in varying degrees of "bubbles" and the week-to-week grind of chasing wins has increased the number of grey hairs or led to more of it falling out over the past eight months.

The experts at NRL.com have had their say, with a pair of coaches whose teams won't feature in the final deservedly among those worthy of praise.

Justin Holbrook has been so good in his first year as coach but for me, Craig Bellamy is again the coach of the year. He always gets the best out of his players and after the COVID-19 stoppage he changed his team's game in order to compete for a championship.

Broncos looking to send Darius out on a high

My pick is Todd Payten. With all the adversity that group of players and coaching staff have been through (which has been epic), I think he has shown what it takes to be a successful NRL coach.

Trent Robinson. Yes, the Roosters have a lot of talent, but the manner in which he has been able to continually challenge his team to get better and not allow complacency to creep in is impressive. No side has won three comps in a row since 1981-83. That mark could be eclipsed over the coming five weeks.

Adam O'Brien has done a stellar job in his rookie year as a first-grade coach, turning the Knights from a rabble into a finals team. They have had their share of injuries, especially in the hooking role, and squad turnover but he's kept them rising up the ladder despite the uncertainty.

There has been no coach with a tougher job than Todd Payten. After inheriting a roster mid-way through the year that was facing unique challenges, the Warriors came close to a fairytale top-eight finish. Payten has led the club with kindness and got the best out of a team many expected very little from.

When NRL.com's crop of experts and writers made their pre-season predictions back in March most didn't have Penrith finishing in the top eight, let alone clear minor premiers. Other teams may have been hit harder by injuries but Ivan Cleary’s men did lose troops at times during the year and still reeled off a superb winning streak.

Todd Payten. Took charge of a disillusioned, and some cases outright angry playing group after Stephen Kearney's sacking. They could've easily gone home or let 50-point thrashings become the norm. Instead, the Warriors are playing with a grit and determination rarely seen in the club's history. Phenomenal coaching regardless of missing the finals.

Ivan Cleary. There are a lot of great contenders from Todd Payten to Adam O'Brien to Craig Bellamy and then Trent Robinson but it is impossible to go past Cleary after Penrith's 14-match winning streak and just one loss this season. They are deserved minor premiers.

Ivan Cleary has done an extraordinary job taking a young and inexperienced team to the minor premiership. Craig Bellamy and Todd Payten have handled adversity brilliantly while Justin Holbrook has done well to rebuild the Titans quickly but Cleary's achievement is top shelf.

Any coach in the top six has done a good job but there are four teams in particular who have exceeded expectations this year and two of those won’t play finals – the Panthers, Knights, Titans and Warriors. Of those I think I have to give it to Todd Payten; the Warriors had every excuse in the world to lie down and he kept them fighting until the end. They were in finals calculations up to round 19.

Every try from round 19

Craig Bellamy. Some said the Storm would struggle under the new six-again rule after they were beaten by Canberra in round three. And having to move to the Sunshine Coast must've been a massive challenge. But, as always, Bellamy has adapted brilliantly to secure a sixth straight top-four finish.

Craig Bellamy. Coaching requires a fair bit of player-personality skills – making sure everyone gets on, keeping pests under control, not showing favouritism – but that’s made doubly hard by the fact Storm have been "in camp" since late June. Like the Warriors, the Storm players and coaches been in each other's pockets for over three months, nearly 2000km from home. And still, they've only lost three games.

Justin Holbrook has done a sensational job at Gold Coast, instilling discipline and giving long-suffering Titans fans a team they can be proud of. In the past month, the Titans have won as many games as they did all of last year and the form of Jamal Fogarty, AJ Brimson and Treymain Spry has been a revelation.

Ivan Cleary has done an incredible job to turn the Panthers into minor premiers, but Todd Payten is the coach who has done the best job in 2020. Talk about thrown in the deep end. The rookie coach has helped create an unbreakable bond at the Warriors while they've been away from home for months to the point where they were in finals contention until last week. A remarkable effort.

Ivan Cleary, for a host of reasons. The most obvious being that he’s snatched the minor premiership. Add to that the enormous pressure that came with being lured back to Penrith only to walk into a horror season which started with scandal and ended in 10th spot. He has turned the Panthers squad of potential stars into actual stars and has fostered an incredibly cohesive team. 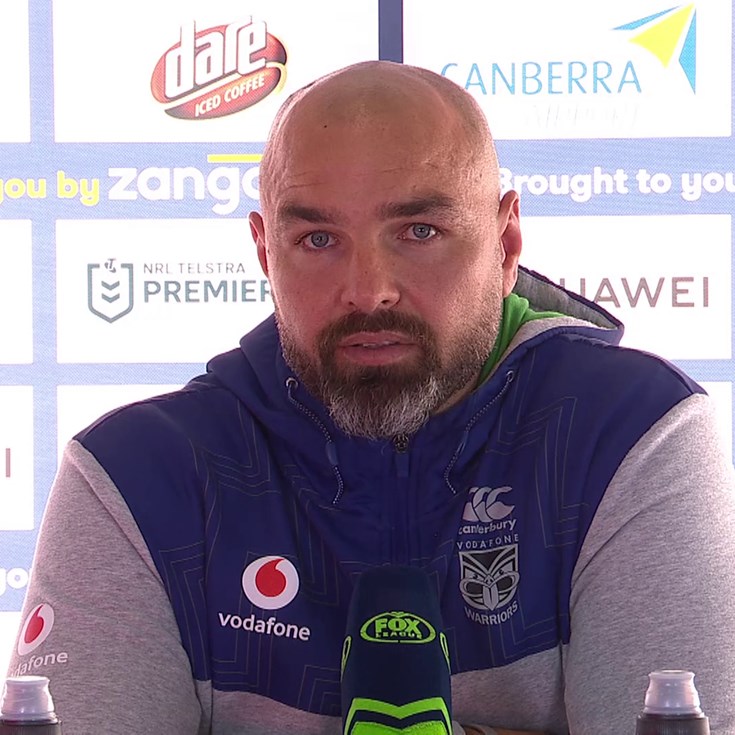 CHT: The more I play, the better it is for me