The Warriors lit up Central Coast Stadium in round 17 with some spectacular tries and it was the miracle effort finished off by Chanel Harris-Tavita which collected a whopping 66 per cent of the votes to romp home with the Drinkwise Try of the Week.

Not only did Harris-Tavita start the move with a bomb but he then handled two more times before chasing through a Kodi Nikorima grubber to plant the ball down for one of the best tries seen in many a year.

And it had to be something special to get the nod in round 17 as David Nofoaluma scored a wonder try in the right hand corner for Wests Tigers as they mounted a stunning comeback against Manly and Anthony Don latched onto a Corey Thompson kick to score a beauty for the Titans.

What is the Drinkwise Try of the Week?

With such a banquet of rugby league action on offer every single week, it’s only fitting that fans should get to have a say on who they think delivers when it comes to try scoring feats, across the 2020 season.

The Drinkwise Try of the Week has the experts at NRL.com scouring the footage from each game of the round to offer up four nominations for you, the fans, to vote on.

What do you value more - length of the field runs or acrobatic wingers evading defenders whilst seemingly suspended in mid-air?

Is a try from the spectacular catch of a bomb better than that of an epic left foot step? Don’t keep those thoughts to yourself. Now is your chance to make your opinion known.

At the conclusion of the round the winning nomination will be named the Drinkwise Try of the Week and the results of the week’s vote will be published on NRL.com on Tuesday afternoon.

At the end of the season, the NRL.com experts will cast their eyes over the winning try from each round and, through careful analysis, will declare one to be the Drinkwise Try of the Year for season 2020.

The winner will be presented with the Drinkwise Try of the Year award at the 2020 Dally Ms where they will receive the official trophy, but more importantly, the acknowledgment from the fans. 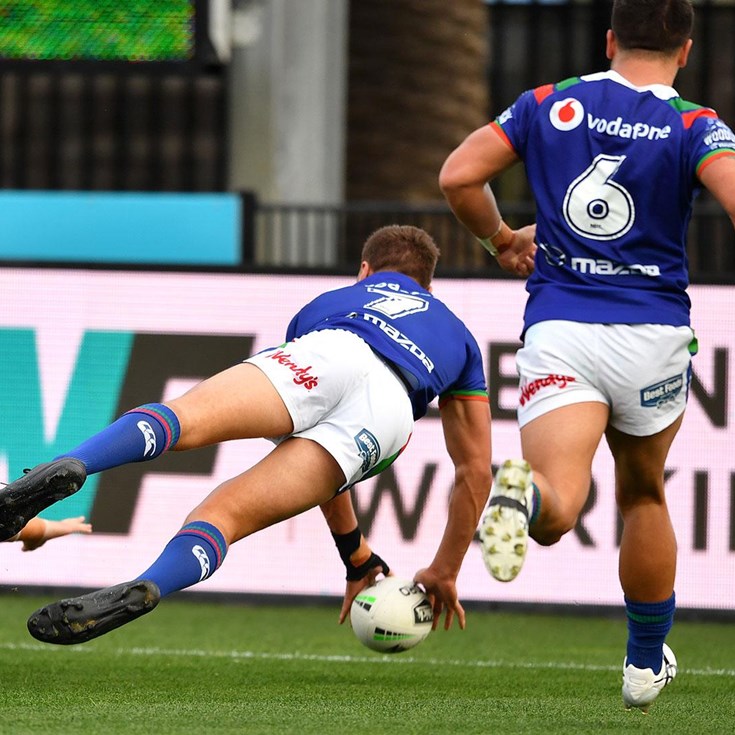 Three superb tries but no glory in Gosford

Vodafone Warriors edged out by Eels