Paul Turner will become Vodafone Warrior #249 after being called in to replace the unavailable Chanel Harris-Tavita in the halves for today's 15th-round NRL match against the Canterbury Bankstown Bulldogs at ANZ Stadium in Sydney (2.00pm kick-off local time; 4.00pm NZT).

The 20-year-old Northand product, educated at Whangarei Boys' High School, was originally selected in the #18 jersey when the squad was named on Tuesday.

A Hikurangi Stags junior, Turner was awarded the Sonny Fai Medal as the Vodafone Warriors' 2019 Jersey Flegg Cup under-20 player of the year. He was used in NRL trials both last year and again this year and also represented the club at the NRL Nines in Perth in February.

Harris-Tavita was selected at halfback but was put through head injury assessment protocols over the rest of the week before a decision was made not to play him. He and young middle forward Tom Ale were the two players to drop out of the initial 21-man squad 24 hours before kick-off.

The rest of the line-up is as selected.

With Patrick Herbert and Adam Keighran both ruled out, interim head coach Todd Payten has shifted Adam Pompey out of the centres to the right wing while Hayze Perham comes into the centres for just his second appearance this season and the fourth of his career.

There was also a forced change in the starting pack with Isaiah Papali’i replacing suspended Eliesa Katoa in the second row and mid-season signing Murchie being brought into the playing 17.

Herbert’s loss will be felt acutely. He has missed only two of the team’s 14 matches during the campaign, one of them when he returned home on compassionate grounds in March. He has made 163 metres, 171 metres and 116 metres in his last three games and averages 110 metres a match for the season while his tally of five tries is bettered only by Peta Hiku with six.

Keighran has suffered terrible luck once again. He was training impressively when the team was in quarantine in Tamworth in May only to suffer a knee injury which required surgery. He had worked his way back to full fitness and, when Herbert left the field on Tuesday, was set to return to the side for the first time since round two when he was used in the centres against Canberra.

Perham’s only previous game this season was the loss to Penrith in the fourth round when he ran 147 metres and made 19 tackles.

Papali’i is named to start for the first time since the round seven loss to Melbourne while Murchie returns after being on the extended bench for the last five games against Cronulla Sutherland, the Sydney Roosters, Wests Tigers, Manly Warringah and Penrith.

Murchie’s comeback coincides with him launching his campaign to support the Black Dog Institute’s Mullets for Mental Health cause in September. He is going to grow a mullet along with some of his mates from his hometown Gerringong to raise funds in a show of support for mental health research.

Mental health and suicide are issues which have had a profound effect on Murchie. Read more about his campaign. 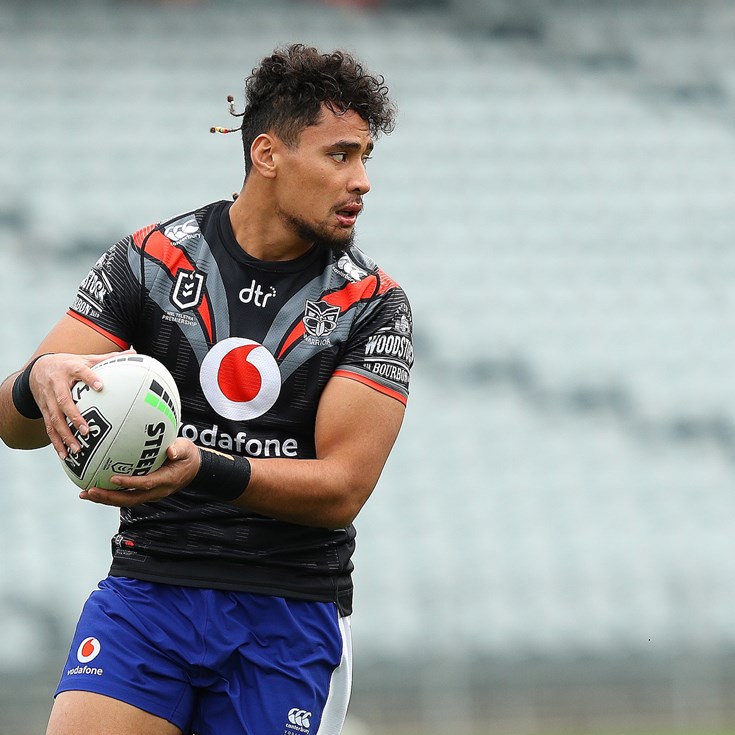 Watch every try from round 14

Murch's Mullets for Mental Health cause

CHT wins tackle of the week in landslide