Warriors coach Todd Payten has paid tribute to Roger Tuivasa-Sheck following the side's fourth win of the season and shed light on the difficulties the club captain was facing amid being away from his family in Auckland.

Senior players and Kiwi internationals Tuivasa-Sheck, Peta Hiku and Tohu Harris fired on all cylinders at the SCG to give Payten's team a memorable 26-20 win made even more meritorious by the departures of several players home to New Zealand this week.

The Warriors fullback churned out 276 running metres with eight tackle breaks and two offloads in a spirited performance.

"I feel for Roger, I think he's doing a tremendous job. To be fair, he's doing it tougher than all of us," Payten said.

"He's the only Kiwi over here without his family and he's got two babies under three.

"He's a personable kid. In Auckland, he doesn't go out a lot. He lives on the edge of town.

"Home is his sanctuary, he's on his farm and likes to be home with his family.

"I know he's not content, he's not satisfied – he's a little bit muddled with his feelings.

"Some days I can see the burden that he carries on his shoulders.

"He's always on his phone – it's tough for him. He's got to lead the club, lead a footy team."

Tuivasa-Sheck politely declined to discuss his situation post-match but Payten was confident he would play out the remaining eight rounds of the season.

"I made the decision to bring my family over and I told him it's been a weight off my shoulders and I think you should do the same," Payten said.

"I know his family has family at home which is a big help. But I know how I feel and there are just days when you need them around. He's said it openly that his family makes him happy."

The heart-warming tribute capped an emotional win for the Warriors, who were seen handing bottles of beer to newly-arrived Parramatta loan recruits George Jennings and Daniel Alvaro to celebrate the match.

Payten said the result would boost the side's confidence as they headed into a tough fortnight against Manly and Penrith.

"I'm happy and proud of our organisation and our group," Payten said.

"That kind of performance has been building for a while. I know we got our butts kicked against Cronulla [in round 10] but I think over the past four-to-five weeks we've seen a lot of improvements in the effort areas.

"While we leaked a couple of tries tonight we found a way to get back into the game.

"It could've gone either way off the back of [the departures of four players] but I've seen enough at training and games to believe that we can get some wins and play some tough footy. They're just fighting hard, which is pleasing.

"It was a good feeling, I'm happy they get to experience that." 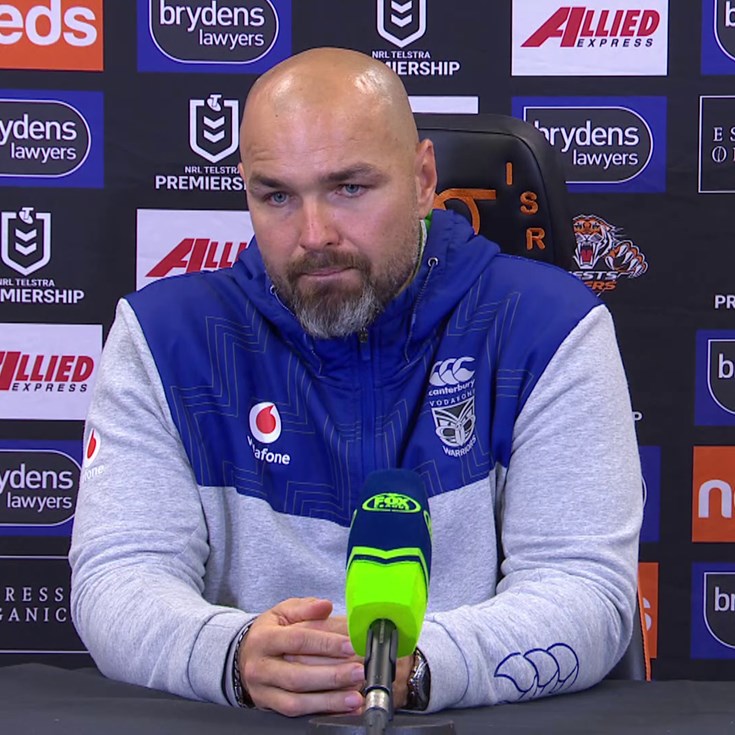