A shattered Blake Green didn't leave his room on Friday after Warriors owner Mark Robinson publicly announced the halfback is unwanted next season.

Ever the professional, the experienced 33-year-old overcame his personal anguish to lead the Warriors to a gritty 26-16 win against the Broncos at Central Coast Stadium on Saturday.

Green, who intends to play on in 2021, admitted Robinson's decision to tell New Zealand outlet 1 NEWS that he and Gerard Beale wouldn't be re-signed gave him extra motivation to perform well.

"It irritated me a little bit but the club's made a decision and I can't do anything about that, so I'll just keep playing my role in the footy team and do as best I can," the classy Green said after the match.

"I know the club's potentially in a bit of a rebuilding stage, so maybe they made a decision that I'm not going to be a part of that.

"I'm really proud of what I've done since I came to the footy club. My first year here [2018] was the first time we made the finals in seven years so that team's been ... it's not the same footy team, we haven't got the same coach, it's been changing a lot.

"I gave everything I had to the club and I'll continue to do so. I get along really well with the playing group, there's some fantastic people there. It is what it is."

Green said he was yet to have a conversation with Robinson regarding his comments.

"I dare say that will probably happen tomorrow [Sunday] or the next day. I didn't leave my room yesterday to be honest," Green said.

"I had two points to get and a game to win for my footy team so I put it to the side."

The 168-game NRL veteran has no plans to hang up the boots.

"I love footy. I still want to keep playing. Hopefully I can be of some use to someone," he said.

"We'll see how the next couple of days plays out. Obviously the fallout from a few things that happened this week, hopefully something comes up."

The playmaker is sure to have several suitors if he maintains the form he displayed against Brisbane.

Captaining the team in the absence of the suspended Roger Tuivasa-Sheck, Green produced a try assist to seal the victory.

But it was his composure and kicking game that impressed most, a booming 40/20 in the second half among his highlights.

"If there was a chance for momentum to swing I tried to kick to turn it into our favour and hold it. It's been turned against us lately and it's hard to get out of it," he said.

The Warriors fell behind 10-0 midway through the first half but unlike previous rounds they showed plenty of tenacity to hit back.

"It was great to see we had a heap more fight," Green said.

"The scorelines the last couple of weeks have been blowouts but we haven't been that far away. We haven't strung two wins together for a while so hopefully we can do that [next week]." 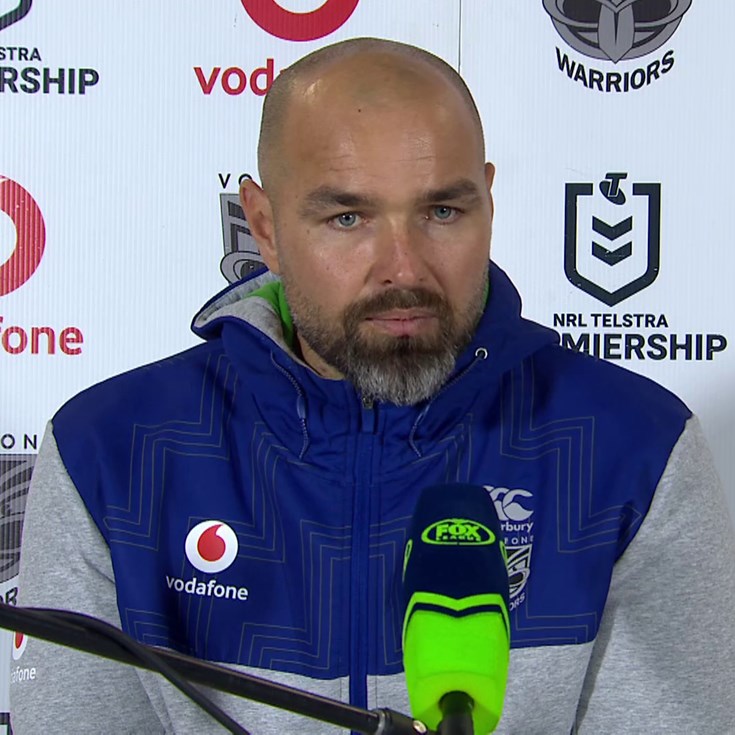 Green to lead side against Broncos