Disappointed Warriors coach Steve Kearney admits his injury-hit squad is struggling to field 13 on 13 players for opposed training sessions, with three fresh injury concerns arising from the 40-12 loss to Souths on Friday night.

Prop Lachlan Burr was sidelined for a fortnight with concussion symptoms after a head knock at training and worryingly suffered another head knock just nine minutes in against Souths.

David Fusitu'a, who only just got out of hotel quarantine, also failed a HIA while emerging back-rower Eliesa Katoa went off with an ankle injury but was able to return and finish the game.

"David's not in a good way," Kearney said.

"Lachie is not in a good way to be honest, second game back from a couple of head knocks at training.

"Eli got a high ankle sprain, he was able to come back on and finish off the game.

"It was all mounting up tonight but that's the game isn't it."

Asked on his overall squad health, Kearney admitted it was being sorely tested.

"Including Po [Faamausili] who's our loan player, bare minimum," he said.

"We're lucky to get 13 on 13 when we're doing our opposed sessions but again, looking around the competition, I think that's a big part of the competition at the moment.

"There are a number of injuries popping up, that wasn't the issue tonight. We lost two to HIA for the game, our young fella come off who's been playing 80 minutes for us but that doesn't make you miss 43 tackles."

The missed penalty on Latrell Mitchell for the high shot on Fusitu'a could also not be blamed on the result, he said.

"I thought there were a few [questionable] decisions, tonight but it's hard when you're on the back of a belting … to point fingers.

"We just could not get in it."

Paasi muscles his way over late

Kearney said the strain of being away from their young families was becoming an increasing challenge for the squad and was hopeful arrangements could be made for family members to fly over and join the group soon.

"We've got guys in the group who've got families with young kids, we're really hopeful they're coming out of a very clean bubble in New Zealand and hopefully allowed to join our bubble which is very clean also, we've been in lockdown in Terrigal.

"Hopefully the Federal Government or powers that be give the opportunity for families with young kids to be able to join us. We're very hopeful that may happen in the near future, it’s a challenge." 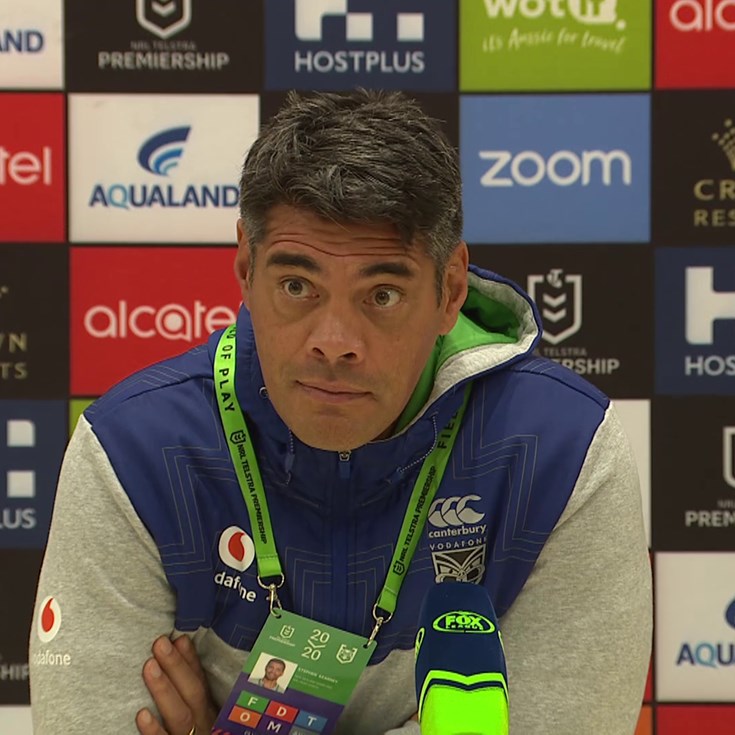 Vuniyayawa: I might be Fijian but I'm not fast