Time to decide which one of three classic Vodafone Warriors matches you want to feature on Game Day Saturday on Sky Sport’s home of rugby league at 3.00pm this Saturday (May 9).

Old Canterbury-Bankstown games are up for voting in a week when the Vodafone Warriors were scheduled to meet the Bulldogs this Friday night before the 2020 season was suspended.

With no footy on right now, we’ve joined forces with Sky Sport to bring supporters a taste of the best from the past.

Now it’s over to you, the fans, to vote for the match against the Bulldogs that you’d like to see from the three options below.

While the playoffs were still a few weeks off this was played at finals-like intensity, one of the toughest encounters seen at Mount Smart Stadium.

The Bulldogs came into the contest on the back of 17 consecutive wins but the Vodafone Warriors hung in to secure an outstanding 22-14 victory, a key result that would carry them to the minor premiership.

Another Bulldogs-Vodafone Warriors encounter which delivered a heart-stopping finish. And there have been plenty of them.

This came in the fifth round of the 2010 season, a match which was going the Vodafone Warriors’ way when they held a 24-12 lead in the second half before the Dogs came back to level at 24-24.

Golden point was beckoning but, inside the last minute, Lewis Brown made a break from halfway, kicked ahead, regathered and shifted the ball to Lance Hohaia for the match winner. 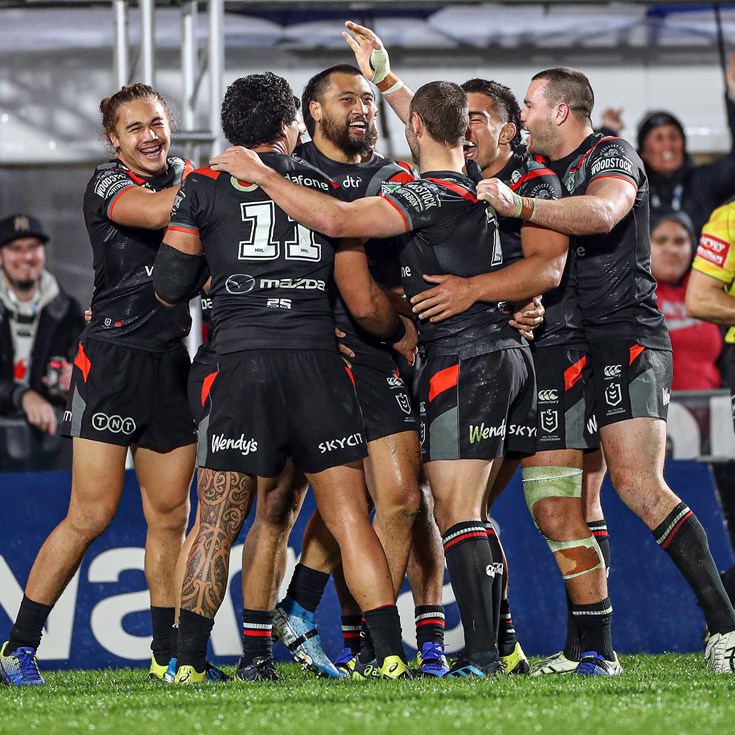 One in, all in sacrifices

Kearney: I felt a bit sad