Canberra showed there would be no on field charity for the New Zealand Warriors in 2020 as the Raiders consigned the NRL’s nomads to a tough 20-6 defeat at Cbus Super Stadium on the Gold Coast.

The Raiders overcame an ugly opening 20 minutes to the game to run out four tries to one victors and join Penrith and Brisbane as undefeated teams to start the year.

The Warriors were headed towards becoming the first team in 100 years of rugby league to go scoreless in their first two games of a season until a penalty try in the 75th minute ensured they would put points on the scoreboard for the first time this year.

Not since Annandale in 1920 has a team failed to score any points in the first two games of the season, but the Warriors added to their tally in the 75th minute after the referee ruled George Williams interfered with Kodi Nikorima on a kick chase that would’ve certainly resulted in a try.

It was the first thing that’s gone right for the Warriors in an otherwise troubling start to 2020 after the worldwide coronavirus pandemic forced the club to relocate their entire team to Kingscliff, just south of the Gold Coast, to continue the NRL season.

The Warriors were playing their first game at their new Gold Coast “home ground” after travel restrictions were placed on the New Zealand and Australian borders, but there was little comfort in their new surroundings.

The 35-degrees blazing sun heat was only amplified by a Raiders defensive unit that offered no respite with their physicality.

Even as the Raiders fumbled their way through the first 20 minutes, and kept inviting the Warriors to attack their goal line, the green machine refused to yield and repelled every attack.

Lachlan Burr was denied a try in the seventh minute when the video referee ruled Tohu Harris tackled Jarrod Croker in the air on a contested kick.

Eliesa Katoa crashed over the line on the left edge in the 19th minute but desperate goal line defence by three Raiders defenders ensured he couldn’t plant the ball down.

From that moment onwards, it all turned pear-shaped for the Warriors as the Raiders finally clicked into gear.

Even then it wasn’t a pretty play after Jarrod Croker turned a loose pass into a linebreak and then threw a one-handed offload for Elliott Whitehead to score in the 22nd minute.

The Raiders led 6-0 at half-time but then two quick tries after the break, to Sia Soliola and Bailey Simonsson, put the green machine on a path to back-to-back wins to start the season.

Soliola scored off a clever Josh Hodgson grubber from dummy half in the 44th minute before Simonsson scored in the corner three minutes later following a Charnze Nicoll-Klokstad break after Adam Blair dropped the ball attacking the line.

From that point on the Raiders were on top and would’ve added two more tries to winger Nick Cotric only to be denied for forward passes.

Curtis Scott completed the win for the Raiders scoring in the corner in the final minute.

The big concern for the Raiders out of the game will be an incident in the 38th minute when Soliola was placed on report for a swinging arm that hit Adam Blair in the jaw. The Raiders have a short turn around before Thursday’s home game against winless St George Illawarra.

For the Warriors their season only gets more difficult with a road trip to Lottoland to play Manly on Friday night. 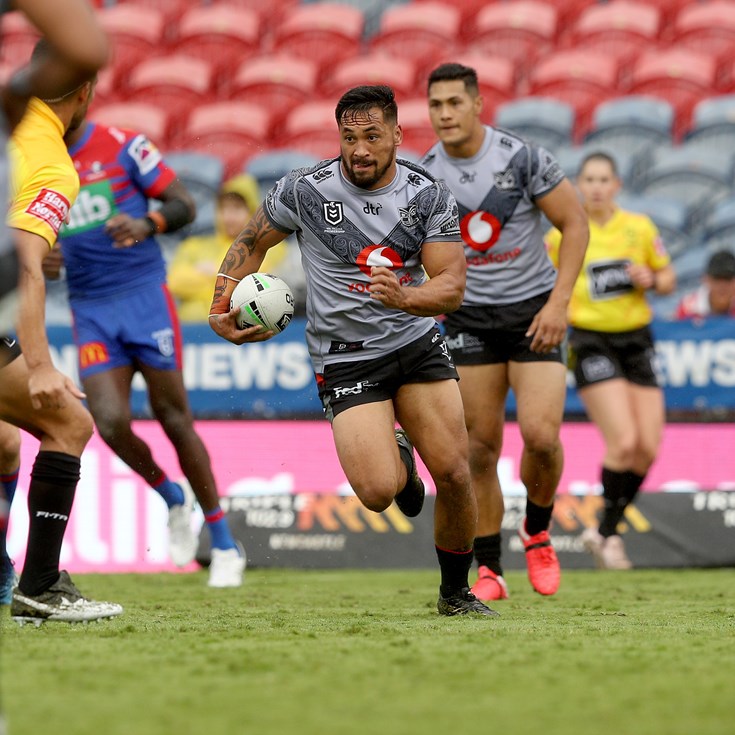 Improved effort not enough in Robina

Kearney: It's no excuse for today

Blair sent off in style