New Zealand Warriors CEO Cameron George has praised his side for acting in the best interests of the game and electing to remain in Australia and continue playing during the coronavirus pandemic.

Following the Australian and New Zealand governments both announcing they were closing their borders on Thursday night, the Warriors met and confirmed their commitment to play on indefinitely.

On Friday morning in Auckland, George said at the heart of the decision was the belief from players that their withdrawal from the NRL could bring the game to its knees.

"I feel like our guys thought if they walked away it might have started to crack the game," George said.

"If we walked away from what’s before us I think that might have started to break down the competition and cause some dramas.

"The NRL need us now, we're there, we're standing tall and we're very proud of doing that for our fans and our families.

"I think the rugby league fraternity in New Zealand and Australia should be very proud [of us].

"Regardless of the footy results, one thing I can promise you is that these guys aren't walking away from the challenge ahead."

The Warriors only learned they would be subject to a 14-day isolation period if they returned home to New Zealand a short time before taking the field against the Newcastle Knights in round one, and they've been holed up at a temporary base in Kingscliff in northern NSW since.

"I can't emphasise enough the resilience this group are showing," George said.

"I am just really proud of Roger and Stephen and the boys, and their families, for making this decision.

"Anyone of us sitting here now, if we were told to go and live in another country away from your family, unplanned for an indefinite period, I'm not sure how many people would stand up to that challenge.

"It's our time, our time to be leaders, in the community as well as rugby league."

The Warriors play the Canberra Raiders at Cbus Super Stadium on Saturday and currently have 24 fit players in camp.

Gerard Beale, Jazz Tevaga, Josh Curran and Agnatius Paasi arrived in NSW on Wednesday and started their 14-day isolation periods on Thursday, meaning they could be available for selection from round four.

Centre Peta Hiku and wing Patrick Herbert, who returned home last Sunday to be with family, are for the time being stranded in New Zealand and won't be to get back into Australia while the border ban remains in place.

George insisted the group in Australia are now all on the same page.

"The entire squads locked in, ready to go," George said.

"Not one of them are wavering from this commitment to the NRL and to keep this competition alive in challenging times."

George said the support the team had received was most welcomed.

"Through the course of this week they've had to use a local club's jumpers and tape GPS stuff to their arms during training because the jumpers couldn't cater for it," he said.

"We've had to buy balls, borrow tape, we've had to do all sorts of things.

"We can't thank the people of northern New South Wales and the Gold Coast enough for their support.

"There's plenty of people in Australia willing to help, from other clubs even." 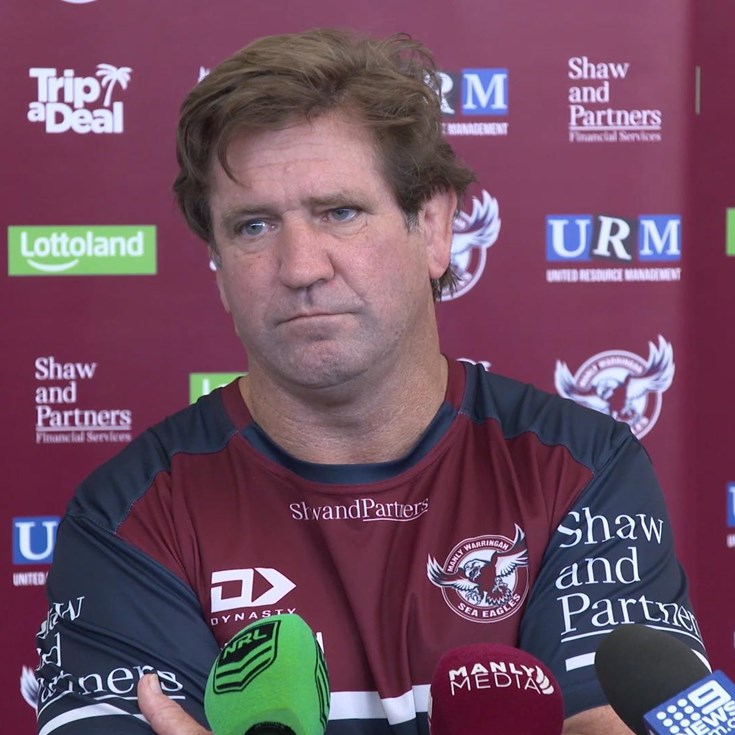