Which captain has done the best job in 2019? The experts at NRL.com have their say on who's been the best leader.

Cameron Smith, straight up! He's leading a team that has had - and then lost - stars, yet they keep winning. As long as he's captain they'll continue to dominate.

Daly Cherry-Evans. Some said Manly would get the wooden spoon this year. He handled the Origin period extremely well and has changed the perception many have of him. A lot of the problems at Manly have gone away and he has played a major role in that. On top of that, his play has been at a very high level. Josh Jackson is a close runner-up.

Daly Cherry-Evans. He has really matured as a leader at Manly. His teammates really play for him and his leadership for the Maroons has also been of a high standard.

Josh Jackson. Every time he speaks there's not one bit of negativity about him. He has remained optimistic all season and is now riding the highs of Canterbury's strong finish. His players don't want to let him down.

Every try from Round 23

Daly Cherry-Evans. Des Hasler has rightfully received a lot of praise for Manly’s incredible turnaround this year, but DCE's leadership has been inspirational. This time last year, critics were calling for Cherry-Evans to be dumped as captain and replaced by Jake Trbojevic. Those calls have gone silent for a reason.

Daly Cherry-Evans and Des Hasler have transformed Manly into a powerhouse once again. He has the full respect of the playing group and has done a tremendous job galvanising a once-fractured outfit.

Cameron Smith remains the best captain in the game because everything he does on the football field is for his team and not for himself. Smith makes all those around him at the Storm shine and he controls games from start to finish. Often overlooked is his extraordinary defensive work rate, which is a great example to teammates.

Daly Cherry-Evans. Manly were given little hope of making the finals at the start of the season but with two rounds to go the Sea Eagles are clawing at the door of the top four. DCE has done a remarkable job steering around a squad affected by injuries and Origin commitments. He even squeezed in a stint as skipper of an inexperienced Queensland team that almost pulled the Blues' pants down.

The race for the last two finals spots

Roger Tuivasa-Sheck. As the Warriors form ebbs and flows, it is their fullback and skipper who keeps putting prestige into the Auckland-based side. He runs an average 206 metres per game and makes six tackle breaks every 80 minutes. If ever you need a skipper with some "do as I do" qualities then Roger is your man.

You could make a strong case for any of the captains in the top six but I'll say Josh Jackson. With their results in the first half of the year, the team could easily have unravelled but looking at not just how well they're playing now but how united and happy they seem is a credit to his leadership. He also put in one of the year's best captain's knocks in the win over the Eels last week.

Cameron Smith. The Storm lost Cooper Cronk at the end of 2017 and Billy Slater at the end of 2018 but they are again set to claim the JJ Giltinan Shield (again) and the reason is Smith. He is not only the game's best player but directs team-mates like an on-field coach.

The Bulldogs have somehow managed to pull themselves off the bottom of the table and a big part of that is their captain Josh Jackson. He has never wavered on the field, always putting in 110 per cent, and his team has followed.

His effort on the field is second to none and Parramatta are starting to heed the lead-by-example attitude of Clint Gutherson. The Eels' season was over before it began last year when Gutherson was out for the first six rounds recovering from knee surgery – in 2019 he has been a massive part of Parramatta's surge from last spot to the fringe of the top four.

I can't go past Josh Jackson.  Despite a squad that faced salary cap challenges, the Bulldogs have had a really positive last six weeks and the position they are in is a credit to Jackson and the way he has led the team.

Jarrod Croker. A better clubman and more liked captain you won't find, and he's enjoying a fine 2019 with his teammates following his lead. Canberra and Ricky Stuart came into this year well and truly at a crossroads. Croker, along with co-captain Josh Hodgson, has been instrumental in the club's resurgence.

What teammate has the best nickname?

Jarrod Croker and Josh Hodgson for me. Canberra's success this season speaks volumes for their leadership on and off the field. Ricky Stuart would be pleased. This type of leadership could take the Raiders all the way to the grand final.

It's a boring answer, but Cameron Smith. This season the Storm lost key players Billy Slater, Tim Glasby and Ryan Hoffman, after losing the likes of Cooper Cronk last year, and yet they're still four points clear at the top. Their biggest losing margin this year is four points. Melbourne simply don't switch off like other clubs do, and Smith's leadership is a big part of that.

Des Hasler has been largely credited with Manly’s resurgence – and rightly so – but don't overlook Daly Cherry-Evans, who has come of age as a leader and helped guide the side from underdogs to contenders.

In terms of captains of a team exceeding expectations, few can match Manly’s Daly Cherry-Evans. A bit-part squad cobbled together with discards and young hopefuls, Cherry-Evans has piloted his team into the top four with no less than four halves partners and commitments mid-season as a first-time Queensland skipper. No one expected Manly to play finals football; Cherry-Evans is a massive chance to be the one lifting the Provan-Summons Trophy on October 6.

Roger Tuivasa-Sheck. In a challenging year where the Warriors have underperformed as a group, RTS has continued to set the highest standards both on and off the field. He's fronted up like a good leader should and it's not hard to see why some senior players at the club regard him as the best captain they've ever had.

Roger Tuivasa-Sheck is a beacon of hope to Warriors fans everywhere. While the team remains underachievers, RTS continues to push for the Warriors cause. A lesser player would have given up by now. RTS leads the league in runs and run metres which shows his class. He probably leads the league in motivational speeches following a close loss too, but we’ll never really know. 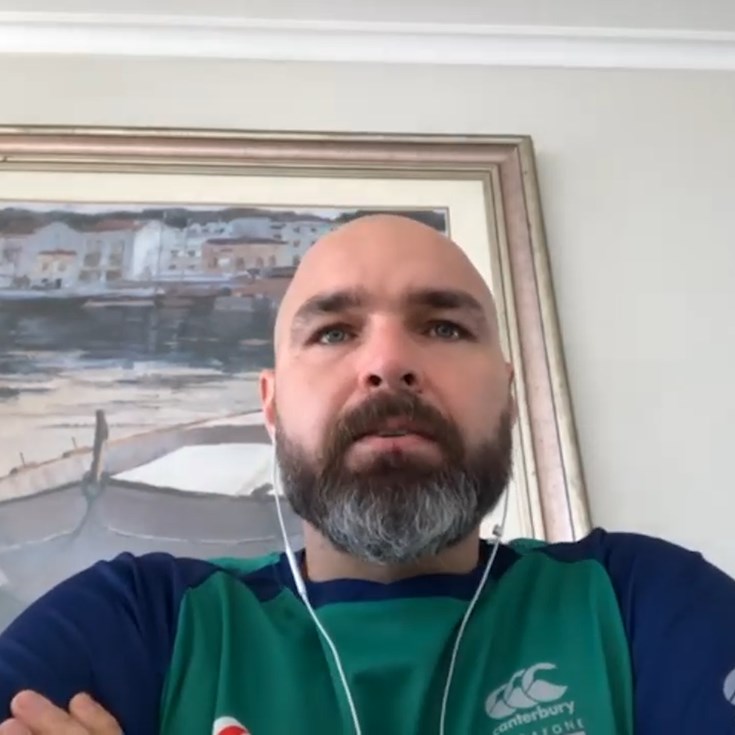 RTS heavily backed as captain of the year