Tuesday wasn’t just another training day for Agnatius Paasi. It was bigger than that, much bigger.

Because after a morning field session he sat on a chair in front of family, friends, teammates, staff and media to have his extra-long hair shaved off.

‘Iggy’ decided to lose the iconic mop he had grown out for four years in an effort to raise funds for the Shave for a Cure cause.

Leukaemia & Blood Cancer (LBC) New Zealand is a national charity dedicated to supporting patients and their families living with a blood cancer or related blood condition.

Paasi decided to support this charity after the passing of his aunt and one of his biggest inspirations, former Black Fern and Wellington rugby player, Ponisitia (Tia) Paasi last year. She was just 48.

Agnatius’ aunt had cancer, so he knows how this illness can affect families first-hand, thus, why donations are so necessary for great organisations like LBC to keep doing the great work they do.

“My aunty was a massive part of who I am as a person and as a footy player. She's a big part of why I do what I do”, he said.

“This is just my own small way of contributing to others going through what we went through as a family, and if it helps in any way then that's worth it.”

Tia Paasi had a huge influence on Agnatius, both on and off the field.

“She'd always have feedback for me after each game. Even though it was a different code she understood professional sport really well,” he said.

“Coming through grade she was always just so supportive and, speaking to all her old teammates at the funeral, they all said she was a player everyone loved playing with. That's the highest compliment you can get, I think.”

He makes his 100th NRL career appearance in the Vodafone Warriors' last home game of the season this Friday.

After making his NRL debut with the Warriors in 2014, he went on the play 54 times for the Gold Coast Titans from 2015-2017 before returning to Mt Smart last year. 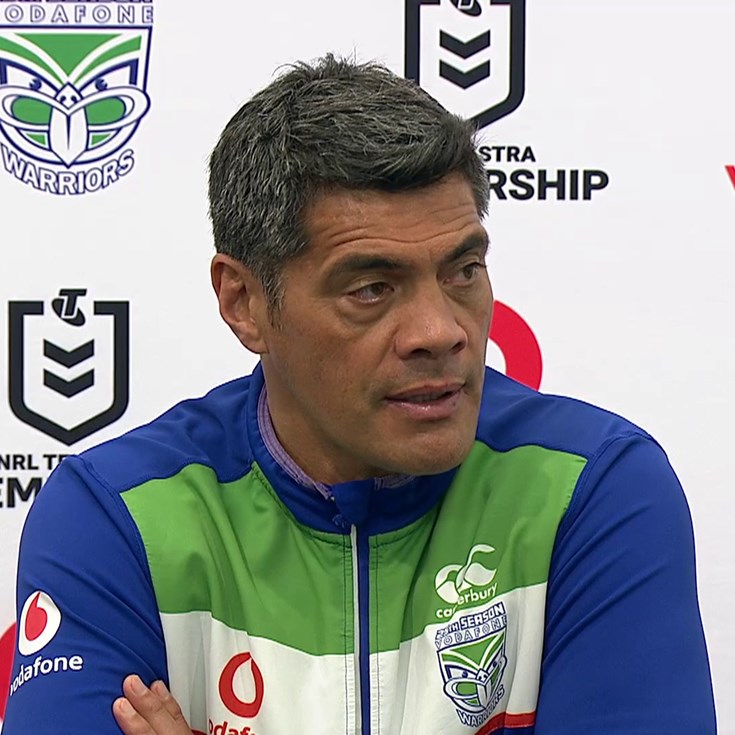 They're hurting as a group: Kearney

Souths hit second gear in the second half

Paasi losing locks for Shave for a Cure