With the finals just eight weeks away, this is a vital game for both teams in the race for top eight spots.

Parramatta have been arguably the competition's designated Jekyll and Hyde team with their propensity to look like top four material one week and bottom four the next.

The Eels were no match for Manly last week and it must've been a huge worry for coach Brad Arthur to see his team fail to perform in a big game.

The Warriors stayed in the hunt with last week's home win over the Sharks and can't afford a mental let-down on Saturday.

Eels: Josh Hoffman is out of the Eels side to face the Warriors, with Ethan Parry to play his second NRL match in his place. Waqa Blake is expected to play for his new club after two months out with a syndesmosis injury during his time at Penrith. Brad Arthur has opted for a four-man forward rotation on the bench with Jaeman Salmon listed in the reserves, meaning hooker Reed Mahoney could play 80 minutes. Jaeman Salmon and Andrew Davey were the last players cut before kick-off, while Hoffman and Tim Mannah were omitted on Friday.

Warriors: Kodi Nikorima has been ruled out of the Warriors side to face Parramatta on Saturday after failing to overcome an ankle injury. Chanel Harris-Tavita (No.21) will start the match at five-eighth. Ken Maumalo is a confirmed starter after missing last week's win over the Sharks as a precaution following a head knock. Nikorima and Chris Satae were the two players left out on Friday, while Adam Pompey and Liligiifo Sao were cut an hour prior to kick-off.

While Clint Gutherson has to over-shadow opposing fullback Roger Tuivasa-Sheck, the battle between halves Mitch Moses and Blake Green will prove decisive. Green was great against the Sharks last week, while Moses needs to bounce back after a so-so performance against Manly.

For the Eels to win

What is it about the Eels that they can be so energetic one week and lethargic the next? Brad Arthur must lie awake at night wondering how he can get his talented side to perform at a high level on a regular basis. The return of Blake Ferguson will provide an immeasurable boost but the whole team needs to stay tough defensively.

IF RTS can eclipse 300 run metres for the third straight week it will certainly help, but the Warriors will need more than that in front of a hostile Eels crowd at Bankwest Stadium. The visitors will be counting on Blake Green's astute game management, while Ken Maumalo's return should help keep them on the front foot.

The Eels were criticised by their coach for some poor tackling last weekend. I expect them to be a lot better and tackle a lot better for the 80 minutes. They did respond in the second half against Manly. Mitchell Moses’s game has gone to a more consistent level. I think last week’s drop in form was a one-off. Eels by 2

Eels winger Maika Sivo is the NRL's leading try-scorer (13), while Warriors winger Ken Maumalo (12) is equal second with Corey Oates and Latrell Mitchell. RTS has run for the most metres in the competition (3,307) and Maumalo is second (3,088).

The Warriors claimed bragging rights over the Eels in their only meeting in 2018, scoring two late tries for a 24-14 win. Parra trailed 12-2 at half-time before forging ahead 14-12 after converted tries to Clint Gutherson and Manu Ma'u. Tries to Jazz Tevaga and Isaac Luke saved the Warriors, with Mason Lino converting both. 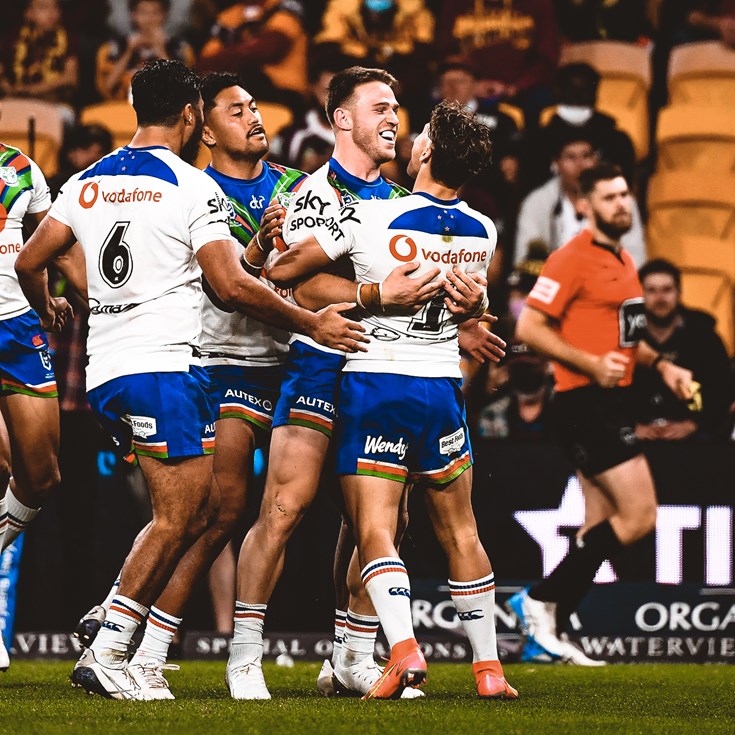 Warriors to line up as selected against Rabbitohs