"I like to hang around and just put the ball down," the 24-year-old told NRL.com in the McDonald Jones Stadium dressing rooms after the Warriors 24-20 come-from-behind win.

"But I never forget it’s the boys inside of me working really hard."

Everything worked well on Saturday night with Maumalo scoring two tries, taking him to 12 for the 2019 Telstra Premiership season. That puts him level at the top of the League with Maiko Sivo from the Eels and one ahead of Roosters centre Latrell Mitchell and Rabbitohs pivot Cody Walker on 11.

"I should have one more," Maumalo said with a grin, referring to his third try against the Knights being overruled by the NRL Bunker in the 66th minute.

"But I guess it’s always good to finish off the boys work in the middle."

The showdown with Sivo in three weeks at Bankwest Stadium should ensure the fans keep streaming through the gates.

There was only 12,740 on hand on Saturday night – a small turnout considering the Knights' usual patronage at their home ground. But being school holidays and the fact it rained for several hours leading up to kick-off dulled enthusiasm.

The Warriors managed to corral some grit as that was their second away win in three weeks – after losing three at home.

"It's been unfortunate that the past couple of weeks we’ve been right in the games but just haven’t got the win – things slip away in the last 20 minutes," Maumalo said.

"Last week really hurt us [19-18 loss at Mt Smart Stadium to Panthers] but we’re really happy with the way we played [against Newcastle]. We deserved the win because it’s been a tough couple of weeks."

It has breathed a little more life into the club's finals campaign. The Warriors moved from 12th to 10th on the Telstra Premiership ladder with the Knights win, but the Panthers leap-frogged them with the two competition points from the bye.

Still the Warriors are in the middle of a run of four road games - they fly home to Auckland on Monday before returning for the Broncos at Suncorp Stadium next Saturday, then off to Wellington to face the Sharks in round 18 before facing the Eels at Bankwest Stadium.

"It’s always hard to travel away, like any team would find that," Maumalo said.

"But we seem to play better away so maybe another win is coming.

"I know they’ve [Broncos] had some tough times too so who knows what will happen next Saturday.

"Any team is good on the day no matter who is in or out of the side, or how results have been going.

"It just depends on who brings that attitude on the day. It doesn’t matter how many super stars are there or not. Every team is a threat." 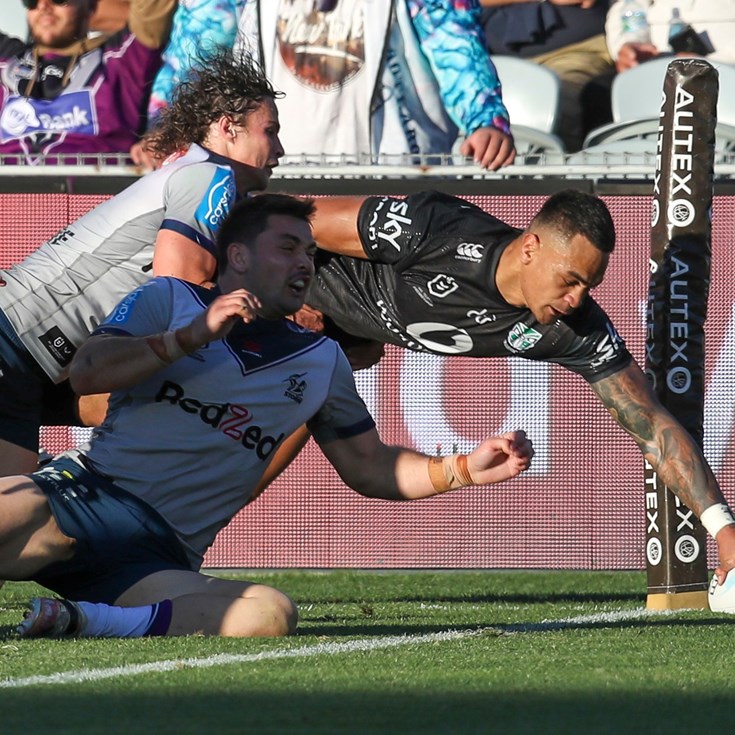