Captain Roger Tuivasa-Sheck and Blake Green will both achieve their 150-game milestones while Nate Roache, Sam Lisone and Leivaha Pulu have been recalled for the Vodafone Warriors’ NRL Heritage Round encounter with the Penrith Panthers at Mount Smart Stadium on Sunday (4.00pm kick-off).

Hooker Roache replaces veteran Issac Luke on the bench for his first match since picking up a back injury in the May 11 win over St George Illawarra in Brisbane.

Lisone and Pulu have both been named on the interchange, Lisone back in the NRL side for the first time since round five while Pulu is set for his first outing this season.

They come in to fill the void created by the absence of first-choice forwards Tohu Harris and Lachlan Burr.

It has been confirmed Harris will be out for up to six weeks after having surgery on a stress fracture in his foot picked up late in the 24-20 win over the Titans on June 14. Burr is out with general soreness this week but will be available again next week.

With Harris and Burr out, Adam Blair, who played his 300th career match against Gold Coast, switches to the second row while Jazz Tevaga starts at loose forward.

The 32-year-old Green’s 150th appearance has been a long time coming via a number of clubs.

He played only six times in his rookie season with Parramatta in 2007 followed by just 19 games over two years with Cronulla in 2008 and 2009. Following 18 appearances for the Canterbury-Bankstown Bulldogs in 2010 he moved to England, spending two seasons with Hull Kingston Rovers and two with Wigan before returning to the NRL in 2015. After two seasons with Melbourne and one with Manly he made the Vodafone Warriors his sixth NRL club last year.

Tuivasa-Sheck’s run to 150 appearances has been far less hectic, playing 84 times for the Sydney Roosters from 2012-2015 before playing the first of his 65 games so far for the Vodafone Warriors in 2016.

Kitted out in a 1956 Auckland replica strip for Sunday’s Heritage Round contest, the Vodafone Warriors will headline the second annual Great Vodafone Warriors Charity Day which also features appearances by the club’s Jersey Flegg Cup side and its men’s and women’s NRL Touch Premiership teams.

The Vodafone Junior Warriors face North Sydney at 12.00pm with the women’s touch team is in action at 2.00pm and the men at 2.40pm, both taking on Parramatta.

The Vodafone Warriors go into the match in 10th spot on 12 points, two points outside the top eight. The Panthers are also on 10 points but sit 14th on points for and against differential.

Sunday’s match will be the 44th between the two sides. The Vodafone Warriors have won 18, Penrith 24 and one match has been drawn while the ledger is 10-9 the Vodafone Warriors’ way in home games. They’ve won three of the last four meetings at Mount Smart Stadium and triumphed 30-10 when the sides met at Panthers Stadium on May 17. 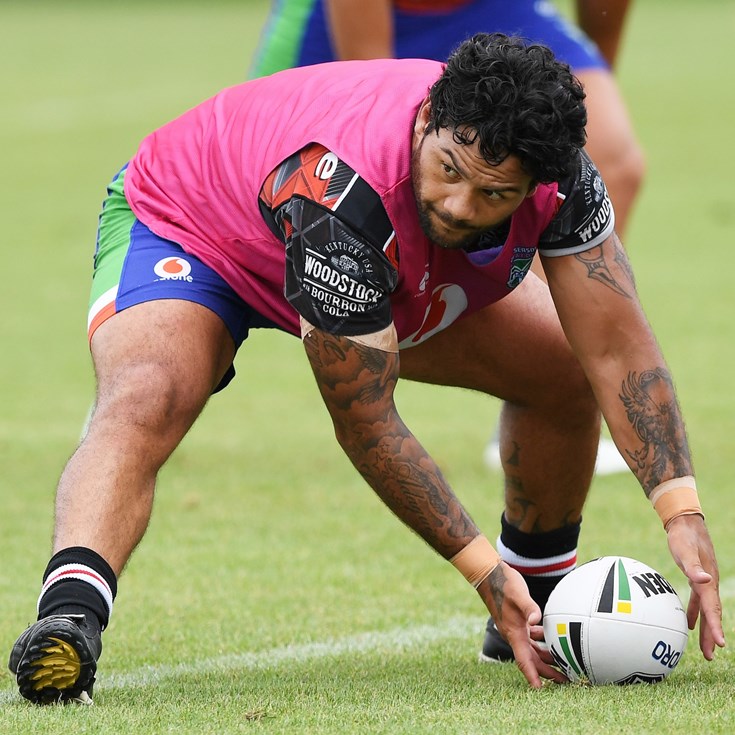