After copping their first loss of the season last week against the Roosters, the Storm will be in a vengeful mood, even though the Warriors had nothing to do with it.

They were out-played in the first half when the damage was done but coach Craig Bellamy was heartened by his team's determined comeback from 20-0 down to force extra time.

It's a home game for the Storm and the atmosphere will be bubbling with Anzac Day pride.

The Warriors are coming off last week's home loss to the Cowboys and should be doubly motivated to put in a massive effort after last year's 50-10 Anzac Day thrashing from the Storm.

Storm: Christian Welch starts at prop relegating Nelson Asofa-Solomona to the bench. The only other change an hour before kick-off was Ryan Papenhuyzen added to the bench for Patrick Kaufusi. In the centres, Marion Seve replaces Curtis Scott.

Warriors: Roger Tuivasa-Sheck (hamstring), Blake Green (groin) and Solomone Kata (compassionate leave) are out, with Peta Hiku starting at fullback, Gerard Beale on the wing, Blake Ayshford and Patrick Herbert in the centres and Tohu Harris joining Chanel Harris-Tevita in the halves. Isaiah Papali'i starts in the second row and Hayze Perham is a late addition to the bench an hour before kick-off at the expense of Chris Satae.

Warriors back-rower Tohu Harris will be counted on to provide inside information on his former team. Harris spent five years with Melbourne and will be keen to claim bragging rights over dynamic backrower Felise Kaufusi, especially given the embarrassment of last year's Anzac Day flogging.

For the Storm to win

They probably learned a thing or two with last week's extra time loss to the Roosters but don't expect the Storm to stray from their usual tactics of methodically wearing down the opposition through their hard-working forwards. Craig Bellamy will demand an ultra-aggressive opening 20 minutes after his side fell behind 20-0 in the first half last week.

The mercurial Roger Tuivasa-Sheck will have to be at his inspirational best but he's going to need help from his supporting cast. Blake Green is expected to return after a two-week absence and should provide valuable offensive direction. Stephen Kearney should copy a few ideas from the Bulldogs after they almost upset the Storm in Melbourne three weeks ago.

I just think the Storm are going to play at a better pace than what the Warriors have shown they can go at over the first six rounds. It was a different pace the Storm and Roosters played at last week. Hopefully for the Warriors Blake Green will be back but from what I’ve seen from the Warriors they won’t be able to go with the Storm if they flick the switch. Storm by 10

Among the many intriguing individual battles in this Thursday night meeting will be the duel between the wingers - Storm duo Josh Addo-Carr and Suliasi Vunivalu against Warriors pair David Fusitu'a and Ken Maumalo. Addo-Carr and Vunivalu have been typically prominent with seven tries between them, while Fusitu'a and Maumalo have managed four collectively. The Warriors need more from the designated finishers. 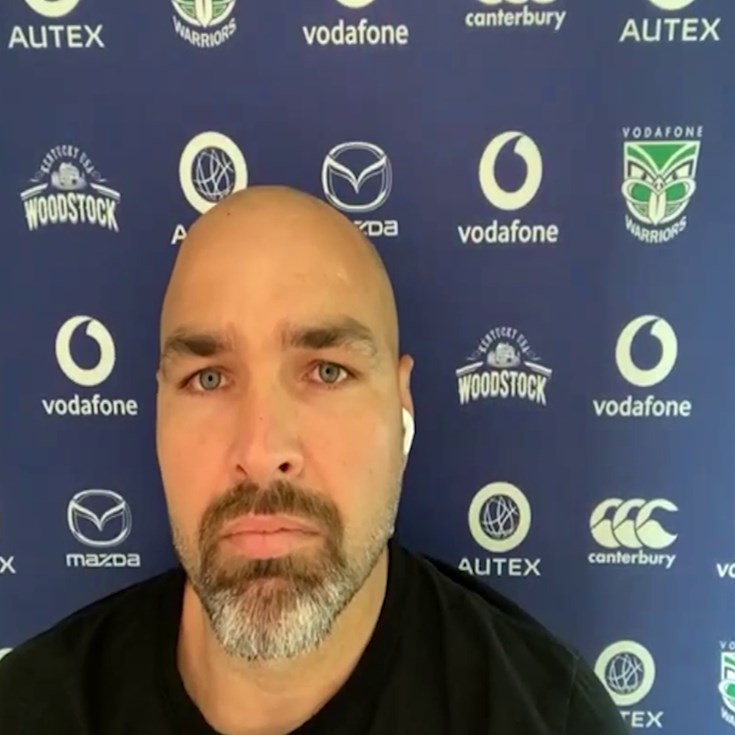 Herbert and Taunoa-Brown back for finale