As part of this weekend's Easter celebrations, Mt Smart Stadium is going “city meets country” on game day this Saturday as the Vodafone Warriors square off with the North Queensland Cowboys.

The match falls on Easter weekend and there will be a decidedly chocolate tinge to proceedings.

Kids will get the opportunity to embark on an Easter egg hunt which starts at Community Corner in the Entertainment Precinct, while a wandering bunny and Vodafone Warriors players will be on hand to dish out tasty treats.

There’ll also be a giant jar on display filled to the brim with Easter eggs and fans will be given the chance to guess how many are in there for the opportunity to take it home.

For the more adventurous fans, a mechanical bull will take centre-stage in the Entertainment Precinct along with John Deere farming equipment.

Continuing the “city meets country” theme, there’s every reason to bring the kids to the game this weekend with Little Bo Peep’s Mobile Barn Yard sure to be a hit behind the big screen.

As well as seeing farm animals, the little ones will have the opportunity to ride on one of two ponies hitched alongside Little Bo Peep’s.

On the field, there’s sure to be plenty of excitement too.

Kicking proceedings off at 5:35pm is the hotly-anticipated clash between the Auckland under-16s and the Future Warriors team. Footy fans will want to get down to the ground early to check out the talent coming through the ranks before Roger Tuivasa-Sheck and the boys lock horns with the Cowboys at 7:30pm.

As they did for the round four clash with the Titans, the Vodafone Warriors’ official ride-share partner, Ola, has once again set up a special coupon that will give fans $20 off their first ride. To access the discount, fans should enter the code “WARRIORS”.

Get the app here.

In other exciting always-on game day activities, the Mitre 10 Mini Golf course will once again be in full swing this weekend.

The unique course, which sees fans attempt to putt around plumbing equipment, through kitchen sinks and a range of other hardware obstacles, will be open from 5:30pm and is free to all patrons. Balls and putters are provided.

Saturday’s game will also see the return of the Wendy's Power Play which launched back in round four.

Wendy's, a long-time loyal sponsor of the club, want fans to win when the Vodafone Warriors score on the pitch.

If the home team scores during the Wendy's Power Play, then fans can score free Wendy's with any $5 purchase. To ensure you’re ready to roll and match fit, download the new Wendy’s NZ app so the coupon can be sent straight to your phone while you’re in the stands.

And just for the record, the Vodafone Warriors are one-from-one with the Wendy's Power Play after Tuivasa-Sheck scored against the Titans.

Rounding out the entertainment will be a performance of four-piece band, Foxymoronnz, on the iHeartRadio Sound Stage from 5:30pm until 7:30pm.

Travel on trains to see the Vodafone Warriors at Mt Smart Stadium is included with your game ticket or membership card. Services can be used from three hours before kick-off of the NRL match. For more info, click here.

Please note that over Easter weekend (Friday, April 19 to Monday, April 22) buses will replace some trains due to maintenance work. 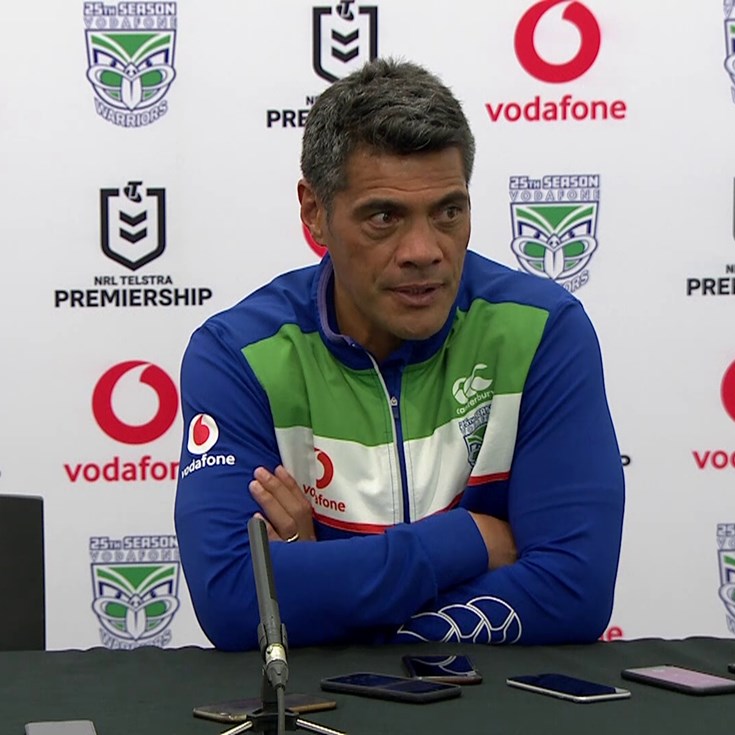 'We frustrated ourselves' - Kearney