The Warriors led 24-12 with 20 minutes to go on the Sunshine Coast before making a number of poor decisions which contributed to the Rabbitohs to scoring three unanswered tries and winning 28-24.

It followed the late withdrawal of halfback Blake Green (groin), which left 20-year-old Harris-Tavita to run the show in just his second game at NRL Telstra Premiership level with Peta Hiku shuffled to five-eighth.

Veteran back-rower Tohu Harris told NRL.com the Warriors' leaders went missing when it mattered, and that with Green no certainty to recover in time to take the field against North Queensland on Saturday, it was something they had to address this week.

"We have got to do a better job. It was Chanel's second game of his career, so that's not on him," Harris said.

"There's a lot of us that have been in that position before that need to step up and make sure the team is doing the right things to get us back on track.

"We just fell away from what got us in the position [to win] in that last quarter. We probably got too happy with the lead and tried to throw the ball around when we didn't really need to.

"We have got a lot of experience around Chanel, so we have to draw on that experience and help him out where we can."

Every try from Round 5

Coach Stephen Kearney said while Green is a chance of returning against the Cowboys, he would need to prove his fitness early in the week.

In Green's absence during Tuesday's training session, Harris-Tavita handled the majority of the play-making work with Hiku once again lining up in the halves.

"We are giving [Green] an opportunity this week, it'll just depend how he pulls up over the next couple of days… He is moving better today and getting around better," Kearney said.

"What we don't want to do is wait up until the last minute, because I think the guy that comes in for Greeny needs to be getting every opportunity to prepare as best he can this week.

"We will make that decision when we know about Greeny, but I thought it worked OK on the weekend with [Hiku] going [into five-eighth]."

A share of the play-making responsibility will continue to be picked up by captain Roger Tuivasa-Sheck, who has shown marked improvement in that area so far in 2019.

The reigning Dally M medallist, who is averaging 200 running metres per game heading into round six, said an uninterrupted pre-season had afforded him time to work on his ball playing.

"I had a full pre-season last year which gave me time to work on other aspects of my game [like] coming into the line, having the confidence to ball play a bit more," Tuivasa-Sheck said.

"Since I have been doing that it's opened up opportunities for myself… it's allowing me to run." 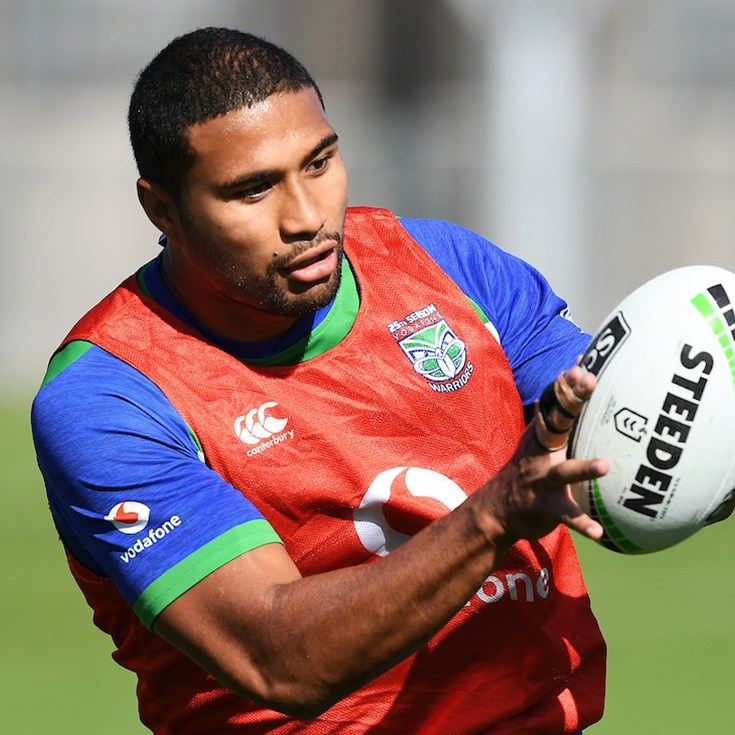