A strong defensive effort earned the Vodafone Warriors a solid 12-6 victory over the Melbourne Storm in their first 2019 NRL trial in Geelong on Friday night.

A late strike by Hayze Perham immediately after Melbourne had scored its only try – from a clear forward pass, it should be said – proved the difference, and deservedly so.

It followed some nice ball work from new signing Lachlan Burr and 2018 Junior Kiwi hooker Sean Mullany with Perham carving up the middle to score.

While the contest was scoreless for more than 60 minutes after right wing Neria Fomai opened the scoring early, the Vodafone Warriors dominated for much of the match and certainly earned the victory.

Impressive in the opening quarter was hooker Nate Roache in his comeback appearance after missing the whole of last season. He made a number of searching runs while there were plenty of willing workers in the middle including Bunty Afoa, Lachlan Burr, Sam Lisone, Ligi Sao and Isaiah Papali’i.

It wasn't a free-flowing affair but there were encouraging signs from a defensive standpoint for both teams.

The Vodafone Warriors opened the scoring in the fourth minute, making the most of a simple overlap for Fomai to cross in the corner. New signing Adam Keighran steered the sideline conversion over the black dot for a 6-0 lead.

Both teams created half-chances throughout the first quarter, only to halt their own progress through handling errors.

Melbourne threatened late in the period when five-eighth Billy Walters broke the defensive line but former Penrith back-rower Tom Eisenhuth dropped the ball with the try-line begging and it stayed 6-0 at quarter-time.

The Vodafone Warriors looked the most likely to score in the second quarter but they were denied by Melbourne’s strong goal-line defence and their own inability to complete sets.

It was still 6-0 when Vodafone Warriors hooker Sam Cook was sent to the sin-bin for a professional foul.

Despite being in the best territorial position they had been all night, the Storm failed to execute, turning over possession on the second tackle.

The Vodafone Warriors worked their way out of the danger area and maintained a 6-0 lead at three-quarter time.

With some great scrambling defence, they denied Blair a try but soon after the Melbourne centre had a four-pointer in the most dubious circumstances when he took a pass which went metres forward. The officials didn’t see it and the Storm was 6-6.

Thoughts of a win were thwarted, though, when Perham cut through and Keighran converted for a six-point win.

The Vodafone Warriors complete their preparation for the 2019 season with their last trial against Wests Tigers in Whangarei next Saturday. 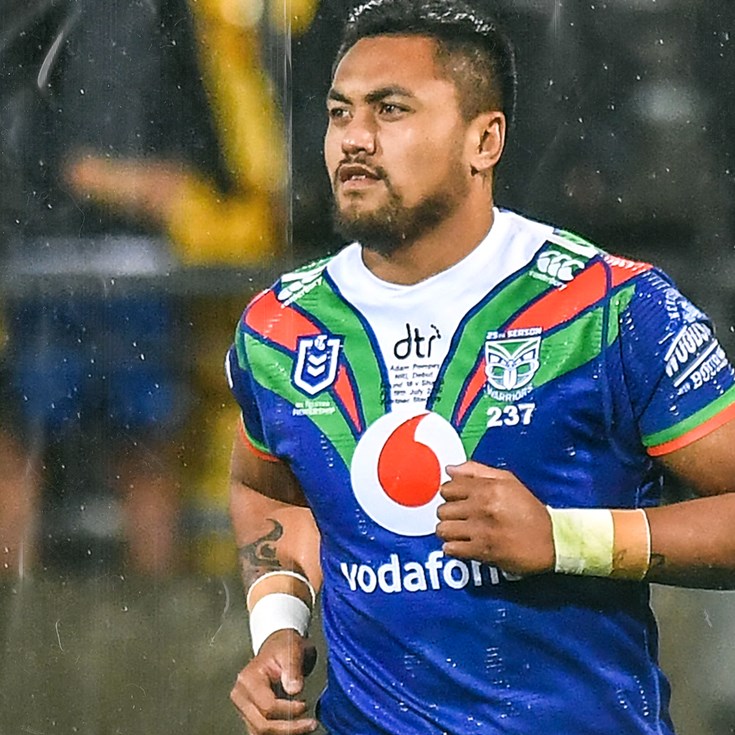