New Zealand Maori coach Stacey Jones has promised his star-studded side will play with flair and passion when they meet the Australia Indigenous team in next month's Harvey Norman All Stars match at AAMI Park.

Jones, considered one of the greatest Kiwis to play in the NRL, will take charge of the Maori team in the February 15 clash of First Nations cultures, with New Zealand's 2008 World Cup-winning captain Nathan Cayless and former Test forward Mark Horo to serve as his assistants.

Horo, who played for Parramatta, Western Suburbs and the Warriors, is also a Kiwis selector.

"It's a huge honour and like all the players I am proud of my culture and where I have come from," Jones told NRL.com.

"It is a great opportunity for me to develop myself as a coach and I am very pleased to have Nathan Cayless and Mark Horo on the staff, with their history in the game and being Maori too."

Jones did not get an opportunity to represent the Maori during his illustrious playing career but jumped at the opportunity to coach the side in the first match of the revived All Stars concept, which was inspired by their 2008 World Cup curtain-raiser against the Aboriginal Dreamtime team.

This is not just about a game of footy ... I am keen to learn more about my culture

He said the side would be driven by a similar sense of purpose as the Indigenous All Stars and look to play an entertaining style like previous Maori teams, with the likes of Kalyn Ponga, Benji Marshall, Dane Gagai, Kodi Nikorima and Issac Luke in line for selection.

"We are hoping that we can play an entertaining brand of footy," Jones said. "I know back in the early days, the Maori brand of football in the rugby code and the league code was about having a bit of flair and that is the type of footy we would like to play.

"I know there has got to be a bit of balance, and in this day and age the contests are pretty tough and brutal, but we also want to make sure everyone enjoys the football we play."

The Maori side is set to boast a strong forward pack, with Australian props Jordan McLean and James Tamou vying with Jesse Bromwich and Jared Waerea-Hargreaves for front-row places, while Kiwis stars Adam Blair, Tohu Harris, James Fisher-Harris and Joseph Tapine are also in contention.

Ponga and Gagai have also chosen to represent their Maori heritage, despite choosing Australia over New Zealand at international level.

"This is not just about a game of footy, it is much bigger than that and I am pretty keen to learn a bit more about my culture as well," Jones said.

"You play for your family and your friends but to play with a group of people who are from the same culture is extra special.

"We will have a cultural advisor with us in camp and we want to make sure the players really embrace that and enjoy themselves."

Devonshire said the NZMRL was pleased to have coaches of Maori heritage with the standing of Jones, Cayless and Horo.

"They are all Maori and all three of them are involved with the Kiwis under Michael Maguire," Devonshire said.

"Madge has been awesome in trying to promote New Zealand coaches and I think Stacey and Nathan are future Kiwis coaches."

For flights, accommodation and tickets to visit Melbourne and attend the All Stars matches, head to www.nrl.com/travel 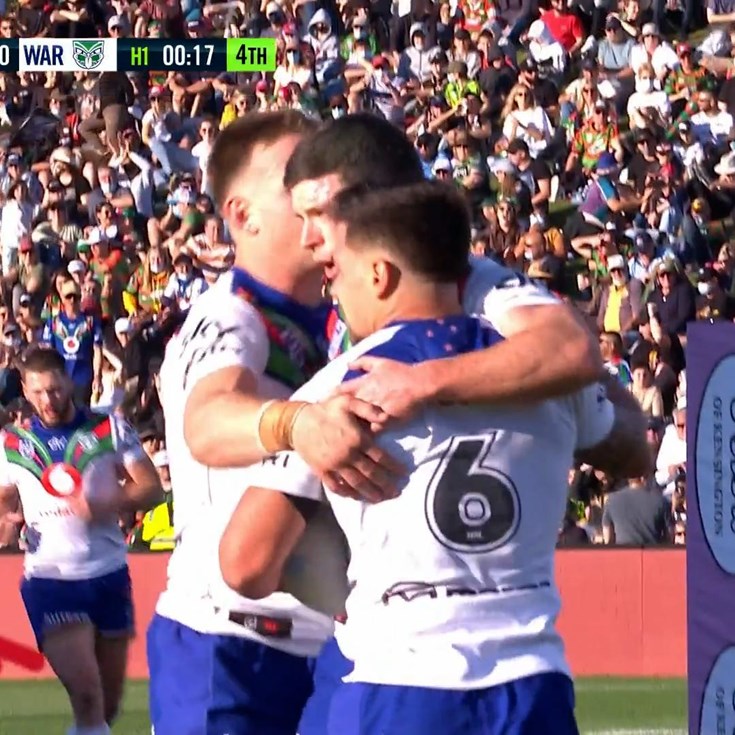