Everything is on the line when the Warriors take on unbeaten Brisbane in their third-round NRL women’s premiership clash at AAMI Park in Melbourne on Friday (5.15pm kick-off local time; 7.15pm NZT).

The Broncos have been dominant winning their matches against St George Illawarra (30-4) and the Sydney Roosters (14-4) to sit on top of the ladder with four points and a points for and against differential of plus 36 points.

The Warriors and Dragons are on two points, the Warriors slightly ahead with a points differential of minus six with St George Illawarra on minus14. The Roosters, without a win, are on minus 16.

With the Warriors falling 10-22 to the Dragons last week, there are now a number of scenarios for the grand final on September 30.

The Broncos are effectively there even if they lose to the Warriors but the other three teams go into the last round with a chance depending on results.

If the Warriors win on Friday night to go to four points, the Roosters would be eliminated from the race.

However, the Dragons would also go to four points with a win over the Roosters in their game in Sydney on Saturday, bringing it back to points for and against.

If the Warriors fail against Brisbane they could still book a grand final spot if they lose by a small margin and the Roosters have a reasonably tight win over the Dragons.

In essence, though, the Warriors have just one goal. That’s a much-improved display on the one they produced against St George Illawarra to give them a realistic chance of competing with Brisbane.

After measuring up so strongly in their 10-4 win against the Roosters, the Warriors fell away last weekend although they did get across the goal-line for would-be tries on a few occasions.

Making 12 errors, their completion rate was just 63 per cent while they gained only 1076 metres compared to St George Illawarra’s 1308.

Both teams had almost identical defensive workloads, the Warriors making 225 tackles to the Dragons’ 226 with the Warriors missing 37, St George Illawarra 41. Leading the way again was hooker Krystal Rota with 35 tackles (34 against the Roosters) and just one miss after playing the full 60 minutes. Lorina Papali’i amassed 25 tackles in her 40 minutes on the field.

Meanwhile, the line-up to take on Brisbane will be selected from the same 21 players named last week with prop Annetta Nuuausala still out of contention with a leg injury.

The team trained last night, will have another field session tomorrow night and then fly out on Thursday. 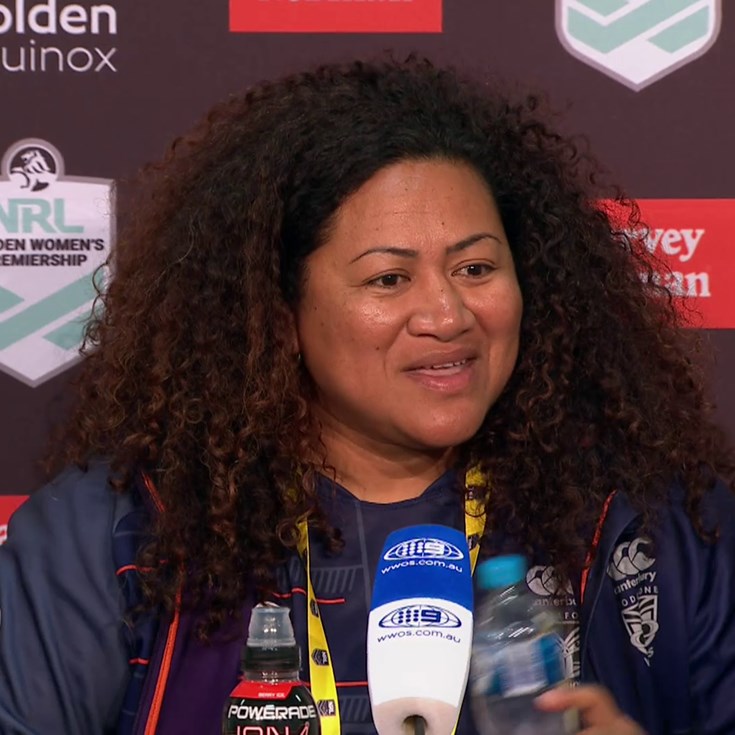 Tough night for Warriors in NRLW

Test for family ties in Melbourne