Gavet was ruled out at today’s final field session paving the way for Afoa to start for the first time since the 10th round in what will be his 43rd career appearance.

With Afoa starting, Leivaha Pulu is now listed among the four players on the interchange.

Hooker Karl Lawton is the other player to drop out of the 21-man squad originally named on Tuesday.

Milestone man Simon Mannering will be centre stage when he becomes the first player to appear in 300 games for the club, just the 34th to reach the mark in the competition’s 100-year history and only the 16th to do so for a single club.

He’ll again be at loose forward with Tohu Harris confirmed to start in the second row after initially being listed on the bench for his comeback appearance in last Friday night’s impressive 36-16 win over Penrith.

The backline includes Mason Lino in the halves with Blake Green again omitted as he recovers from a calf injury picked up in the one-point loss to the Bulldogs on August 19.

The only change comes on the bench where Gerard Beale is named in the 17. He was originally listed in the centres when the side was selected for the Penrith encounter but was subsequently ruled out with a hamstring complaint.

Mannering’s achievement has become the natural focus as the Vodafone Warriors strive to improve their position in their last match before experiencing finals football for the first time since 2011.

Of the 33 players on the list ahead of him, Mannering has played against or with 25 of them, the three he has had as team-mates being Wiki, Steve Price and Ryan Hoffman.

Mannering and Shaun Johnson are the only players in the 2018 side who have had previous finals experience with the Vodafone Warriors, Mannering being part of play-offs campaigns in 2007, 2008, 2010 and 2011.

The Vodafone Warriors go into Friday night’s match still in eighth place but one of four teams on 30 points on a table which shows just four points between the eight sides and only two points covering second to eighth.

The Stephen Kearney-coached side has the chance to take its tally of wins this season to 15 with victory over the Raiders. That would equal the club’s second-best regular season total achieved in 2003 behind the record 17 in the minor premiership-winning campaign in 2002.

For just the second time in their history – 2002 was the first – the Vodafone Warriors have gone through an entire season sitting inside the top eight every week. 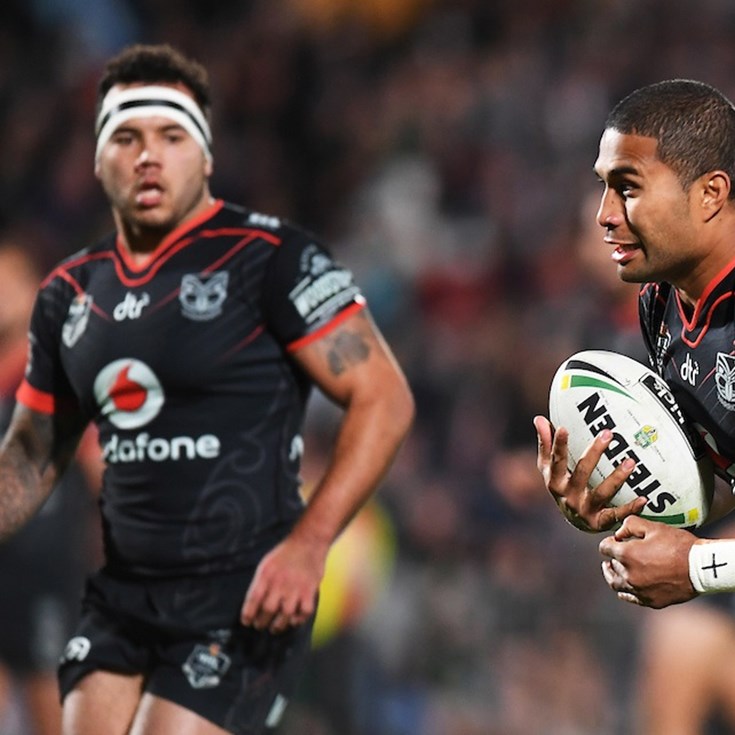 Satae onto bench to face Raiders

Simon's match - simple as that