Canterbury five-eighth Lachlan Lewis has had a 22nd birthday to remember - slotting a 35-metre field goal to sink the Warriors 27-26 with two minutes remaining at ANZ Stadium on Sunday.

Lewis also grabbed his maiden NRL try to orchestrate an upset win which moves the Bulldogs one step closer to avoiding the dreaded wooden spoon.

The Bulldogs enjoyed a 10-point advantage midway through the second half after departing brothers Brett and Josh Morris linked up for a try but David Fusitua and Peta Hiku crossed for the Warriors to level the scores and set up a grandstand finish.

Shaun Johnson was strong for the Warriors, setting up three tries in the loss, but was bothered by an ankle injury after a knock in the second half and the Warriors final plays left a lot to be desired late.

Earlier, a forward pass from Hopoate off a quick tap allowed the Warriors to strike first – Johnson weaving his way past Lewis before finding Gerard Beale in a cross-play to get over the line.

The Warriors continued to threaten Canterbury's line but their momentum was halted when Ken Maumalo was caught napping with a Lewis dropout rolling past him into touch.

Canterbury took advantage of the lapse in concentration to score back-to-back tries for a 12-6 lead.

After missing last week's loss to Manly due to a personal matter, Lewis sent Adam Elliott over the line next to the posts with a pinpoint short ball.

Rookie teammate Reimis Smith started the next Bulldogs raid with a break down the right edge before linking with Michael Lichaa the following set to crash over from short range.

An error from Brett Morris, who was bundled into touch following an accurate cross-field kick from Blake Green, enabled the visitors to fight back and level the scores.

Isaiah Papali'i proved too strong for Matt Frawley one-on-one in a hard run on the edge and kept the ball alive for Roger Tuivasa-Sheck to stroll over in the corner.

Lewis field goal wins it for the Bulldogs

But the opening half belonged to Canterbury and they capped it off with a brilliant team try finished by Lewis on the stroke of halftime to take an eight-point lead.

In-form centre Kerrod Holland ran onto a Josh Jackson pass near halfway before busting the line and finding Hopoate in the middle of the field, who did enough to draw in Tuivasa-Sheck and send Lewis over for a try in a memorable afternoon for the Belmore club.

The loss leaves the Warriors just four points in front of Wests Tigers and still in danger of missing the eight should they lose their final two matches against the Panthers and Raiders.

News & Notes: The Warriors have not defeated the Bulldogs in Australia since 2010... David Fusitua became the fastest Warriors player to 50 tries, reaching the milestone in just his 77th game... Bulldogs sharpshooter Rhyse Martin has landed 32 of 33 shots at goal in 2018... this was the Dogs' first win in a daytime game from seven attempts this season... Crowd  9688. 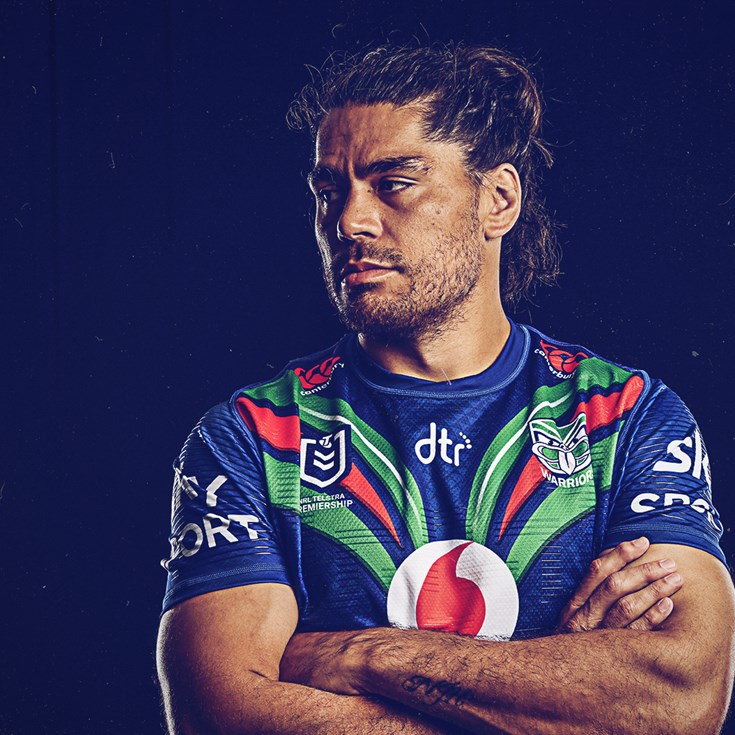 How we're lining up at ANZ Stadium today