Watching the Warriors' second half capitulation to the Titans was tough viewing for Adam Blair but it wasn't half as frustrating as grappling with the realisation he was responsible for his untimely role as a lounge room spectator.

The Kiwis lock returns from suspension for Saturday's critical clash against St George Illawarra at WIN Stadium and knows he must more carefully navigate the tightrope between defence aggression and recklessness with the Warriors play-off hopes in the balance.

Blair watched from the sidelines - and in disbelief - as the Warriors coughed up a 12-8 halftime lead to lose 36-12 as the Titans piled on 28 unanswered second-half points last Sunday.

His one-match suspension for a high shot on Melbourne back rower Kenny Bromwich the previous round was the second time he has been suspended in recent weeks.

He also missed the Kiwis Denver Test match against England and the round 16 loss to Cronulla after copping a two-match ban for a grade two dangerous contact charge on North Queensland's Kyle Feldt in mid-June.

"It frustrates me because the things that have kept me on the sideline are avoidable and I'm aware of those things," Blair told NRL.com as the eighth-placed Warriors prepared for the Wollongong encounter stinging from four losses in their last five outings.

"I seem to get picked up on those little things most of the time so, it's more awareness for me. I've got to manage those things and just think of the bigger picture and the team and what the team needs.

"I guess me being out doesn't help the situation, you know the group's young enough as it is and a bit of leadership from me goes missing when I'm not playing. The team can do with guys like me on the field and helping out."

Warriors coach Stephen Kearney wholeheartedly agrees and has let his 283-game veteran know of his expectations in no uncertain terms.

"I don't think he's ever been suspended for putting kick pressure on but what he needs to have an awareness of is when ball players are passing the footy, you can't whack them basically when they've got their back to you," Kearney said.

"That's part of Adam's job, he's built his career on that, hassling the halves. But they've brought in a rule just this year about hitting, particularly the havles, but [all] ball players, without the footy when they're facing away from you - you can't do that.

"He knows that and he's a leader of the footy team and the leadership group and we need him out on the footy park as much as possible . He needs to make sure he has an awareness of that the next time he goes out there on Saturday."

Blair insisted he wouldn't back down against the Dragons but knows he needs to be smarter.

"I guess coming to this back end of this season where these games are really important, having your best team on the field, and if I'm part of that, then I need to make sure that I'm careful with how I go about my business," he said.

"It is a real fine line. I've been in a lot of these situations before and I do come up a lot when it comes to these kick pressures and the line speed and putting pressure on players to pass the ball early. It's a really hard one because I'm really competitive and I do push the boundaries and sometimes the team needs those things to help [opponents from] coming to the line.

"I won't be changing, it's more of just being smarter with my selections. If I am going at 100 percent, maybe I do need to just check myself before I do something like that again." 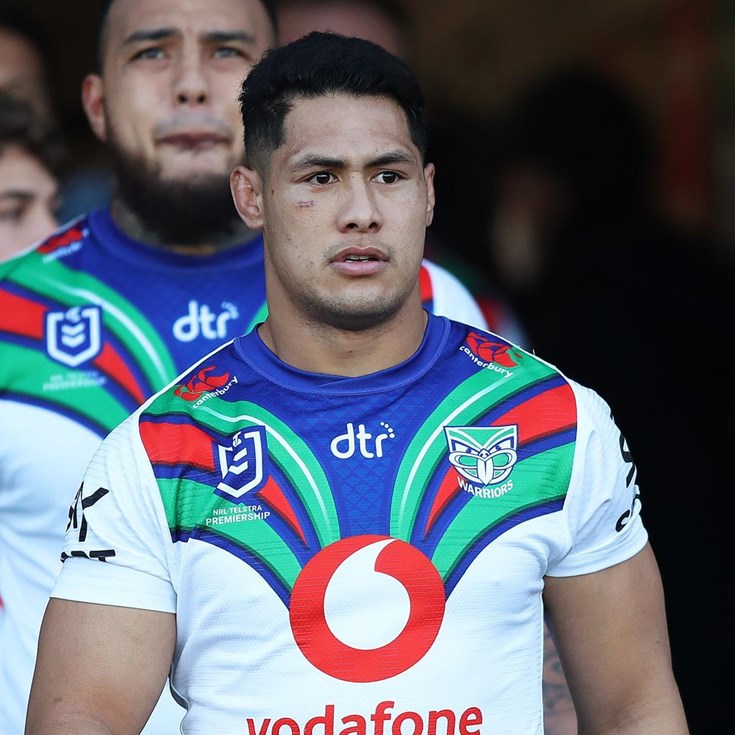