The Wyong Roos have stormed into the top-eight of the competition ladder with a resounding 30-6 victory over the Warriors at Mt Smart Stadium on Sunday afternoon.

Two tries to Josh Curran inspired the victory with both of his four-pointers courtesy of some classy touches from five-eighth Sean O'Sullivan, while Sitili Tupouniua and Frank-Paul Nuuausala lead from the front with some defiant efforts on either side of the ball.

Their valiant defence in the second-half galvanised the Roos to an impressive victory away from home - recording their sixth win from eight matches to well and truly keep their finals hopes alive.

Both sides struggled to capitalise early in the contest with ill-discipline  ruining their respective chances, but a Reece Robinson intercept from his own try-line threatened to break the deadlock only for the desperate Warriors defence chasing him down.

Although their chances were few and far between throughout the opening 20 minutes, the Roos eventually drew first blood when Curran stormed onto a perfectly timed pass from O'Sullivan to barge his way over from close-range.

Another try beckoned when Tupouniua steamrolled his way through some flimsy Warriors defence on the ensuing set, only for his offload to hit the deck in a lucky escape for the home side.

The Roos extended their lead in the 35th minute after a Mitch Cornish kick ricocheted off two Warriors defenders before Paul Momirovski pounced on the loose ball for their second unanswered try.

Cornish converted from out wide as the Roos took a healthy 12-0 advantage into half-time.

O'Sullivan and Curran combined again after the back-rower latched onto a pin-point grubber for his second try of the game just five minutes after the break.

A powerful surge from King Vuniyayawa ignited the Warriors in the 55th minute with his try giving his side a glimmer of hope, but a barnstorming carry from Frank-Paul Nuuausala just moments later gave the Roos a quick reprieve.

Wyong's resilience was tested countless times in the latter stages of the second-half as the Warriors continued to threaten their goal-line defence, but a remarkable try-saving tackle from Tupouniua typified the committed efforts of his side.

A late penalty-goal from O'Sullivan eliminated any chance of a potential comeback from the Warriors, before Tupouniua earned a well-deserved try after he burst onto another timely pass from the dynamic No.6 to ice a crucial victory for Rip Taylor's men. 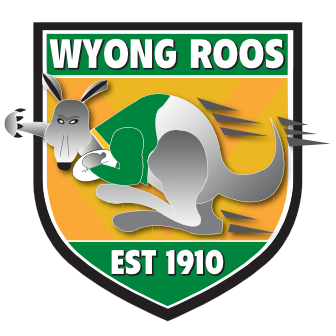 Pulu making return with ISP side on Sunday