The Wentworthville Magpies have made sure their trip across the Tasman was a fruitful one, scoring an upset 30-22 win in Auckland on Saturday.

The Warriors once again shifted their home field to Auckland's North Shore, where they’ve been using North Harbour Stadium to host Intrust Super Premiership fixtures. Chanel Harris-Tavita recovered from a knock to the face that forced him from the field last weekend against Mounties, and once again partnered with Mason Lino in the halves. The Warriors also welcomed back Anthony Gelling to the centres, after a week that saw him sign a two-year deal to play at Widnes in the Super League. 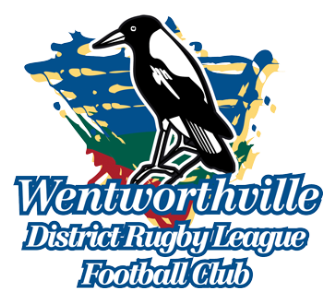 Meanwhile, the big news was that former New South Wales, Kangaroo and Tongan rep Michael Jennings would be lining up for Wentworthville. He strode out to take his place in the centres, however he’d find himself outfoxed early as the Warriors made a perfect start.

After the Magpies gifted them a tackle count reset and penalty, Gelling exploited a gap on the left edge to send Fetalaiga Paunga over for the game’s first try after only two minutes.

However, it didn’t take long for the visitors to hit back. Winger Greg Leleisiuao bashed his way over from close range to make the score 6-4 early, before the game settled down.

Blake Ayshford continued his good run of form, scoring in the 14th minute after a Magpies high shot. It gifted the Warriors a penalty straight out in front of the posts, but their decision to run it paid off when the centre stepped his way through two tackles to score out wide. Not long after, Hayze Perham picked on that same right edge to glide through a gap and across the line, extending the Warriors’ lead to 12 after Mason Lino nailed the sideline conversion.

The Magpies wouldn’t lie down though, and it was Jennings who got them back in touch with a lovely try. He hit a gap 30 metres out from the line, showing the pace that has made him one of the NRL's most electric players throughout his career. The Magpies continued to impress late in the first half, but couldn’t make any more dents in the 16-8 deficit before the siren sounded.

After the game resumed, the Warriors caught the Magpies napping with a try to King Vuniyayawa. The second-rower muscled his way over, and Lino’s conversion gave the Warriors a comfortable lead to defend.

Once again the Magpies hit back after a grinding period of play, this time off a Warriors penalty for being offside. After sending a couple of big men at the line, Nick Kassis rumbled over next to the posts to give his side a fighting chance with 16 minutes to go.

A high shot by Vuniyayawa saw him go on report, and handed the Magpies a golden opportunity after 70 minutes. They cashed in with a try to Edward Aino, and the conversion from Nathan Davis made it a two-point game.

The visitors didn’t wait long to grab the lead, either, as a hopeful kick ended with a wicked bounce away from Perham’s arms. Jennings grabbed the loose ball and popped an offload for Piki Rogers to score, who was engulfed with jubilant teammates next to the posts.

The Magpies followed the try up with a big defensive set, forcing Gelling into touch 30 metres out from his line. It kept the ball down the Warriors' end and when the Magpies were awarded a penalty near the posts, they were able to kill a lot of the remaining time with a Davis shot at goal. He repeated the dose on the final play, making the score 30-22.

The loss now heaps some pressure on the Warriors when they face a strong Penrith side in Round 18, once again at North Harbour Stadium. Meanwhile, Wentworthville have a tough assignment against St George Illawarra at Jubilee Oval.