David Fusitu’a scored a hat trick of tries but it was fellow Warriors winger Ken Maumalo who earned the accolades after Saturday’s 34-14 defeat of Manly at AMI Stadium in Christchurch.

Maumalo has only scored three tries this season compared to 15 by Fusitu’a but he carried the ball for 199 metres in 19 runs, many of which were from near the Warriors try line.

“A lot of those finishes that Dave is the recipient of, Ken starts them down the other end, the middles do a job through the middle and then obviously David gets the praise,” Warriors coach Stephen Kearney said.

“He is a good finisher but I think that David would be the first to admit that without the work of Ken he doesn’t get those opportunities.

“I think both of those guys have done a tremendous job for us all season, I know the opposition come with a plan to try and stop them because they are real momemtum builders.”

Star halfback Shaun Johnson, who scored a try backing up a long-range break from Fusitu’a, and laid on two of the winger’s tries, also praised Maumalo and his left edge centre partner Solomone Kata, who made 153 metres from 10 runs.

“Some of those carries to get out of that left corner, they just get the sets going,” Johnson said. “You ask our middles, they are running back just applauding it.

“You can see how much of an impact, when they get going, it has on the rest of the team.”

Johnson, who played his 150th match for the Warriors, also provided an insight into his relationship with hooker Issac Luke, who was at his devastating best at dummy half.

Luke put Fusitu’a over for his other try by sweeping behind Johnson in a move more usually associated with fullback Roger Tuivasa-Sheck.

“Issac has played at an unreal level all year and when he gets out of dummy half like he has been it is a trigger for myself and the rest of the spine to get on the back if it,” Johnson said.

“I know he likes to get off his back foot so I was able to push up on that one and then we saw him playing as a fullback almost when he put 'Fus' over in the corner as well.

“We practice it, we slot in at different positions, he could have easily slotted in where I did and I could have jumped out one but it just happened to be that I told him to get out the back and he moved straight away.” 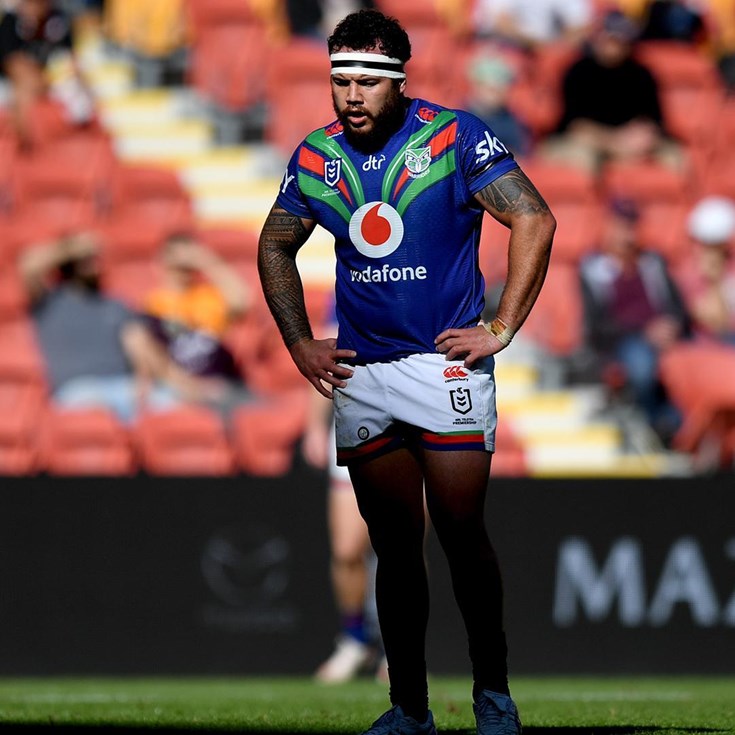