And Papali'i is set to start an NRL match for the third time after replacing Tohu Harris 27 minutes into the encounter with the Dragons.

Johnson (groin) and Kata (ankle) ran at training today but weren't declared fit to play while Harris hasn't been cleared as he undergoes concussion protocols after leaving the field on Friday night.

Lino, Gelling and Papali'i – boasting just 23 appearances between them – scored three of the Vodafone Warriors' four tries as they ended the Dragons' six-match unbeaten start to the season in one of the most extraordinary contests in the club's history, just the sixth win in 27 meetings.

With Penrith losing to Cronulla yesterday, the result leaves the Vodafone Warriors level with the Dragons at the top of the table on 12 points and second on points differential.

With Johnson, Kata and Harris out and Lino, Gelling and Papali'i replacing them, Ligi Sao, Joseph Vuna and Sam Cook have been brought onto the extended bench alongside Jazz Tevaga, Sam Lisone, Albert Vete, Charnze Nicoll-Klokstad and Chris Satae.

While the Vodafone Warriors have started their campaign with an unprecedented six wins in the opening seven rounds, Melbourne has mixed four wins with three losses. Two of their defeats were by two points and one point to the Wests Tigers but, since losing to the Tigers in Auckland on April 7, the Storm have seen off Newcastle 40-14 and Brisbane 34-20 to sit fifth on the ladder with eight points.

The first meeting nine years ago was a 14-14 draw after golden point extra time while the Vodafone Warriors have had wins in two of the other seven encounters in 2011 (18-14) and 2014 (16-10).
With the Michael Moore Trophy at stake, the Vodafone Warriors will wear their Heritage jersey bearing a poppy on Wednesday night. 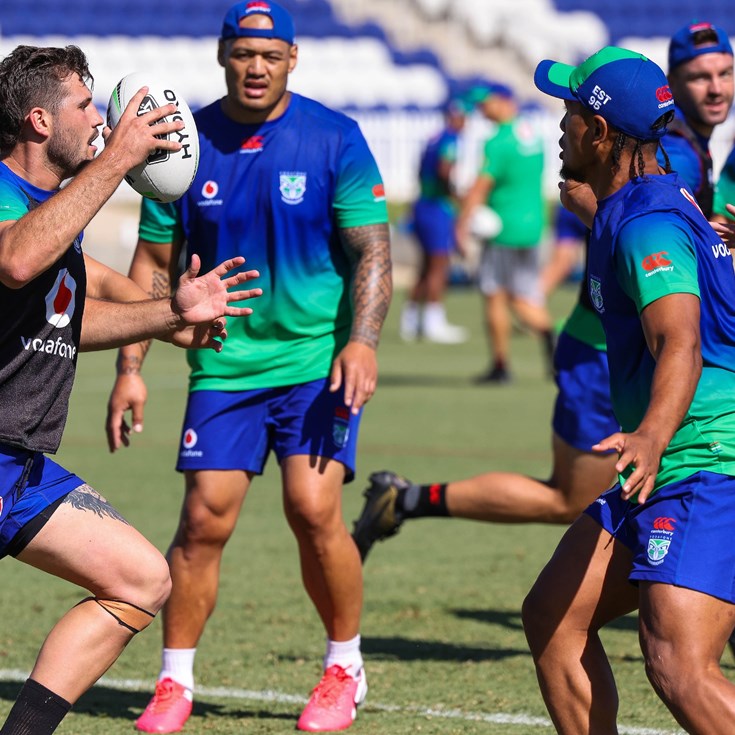 [Injury update] Trio expected to be available next week