The Vodafone Junior Warriors rebounded from their 10-point loss to the Storm on Monday night by swamping Wests Tigers 38-4 in today’s sixth-round NYC match at Mount Smart Stadium.

Facing the fourth-placed Wests Tigers, the fifth-ranked Vodafone Junior Warriors found their scoring mojo early heading deep into the opposition’s territory and then working the ball to the left edge for wing Tomas Aoake to score without a hand being laid on him. It was his fifth try in six games this season.

Ata Hingano’s superb conversion made it 6-0 but there was a lengthy wait for more points. Instead there was a period when the Vodafone Junior Warriors were on defensive duty, tasked with protecting their line in the face of repeat sets.

They succeeded, too, and it was a breakout from deep defence in the 25th minute which brought about the second try, fullback Brad Abbey carving through, veering right and finding right wing Paul Ulberg who scored in the right corner.

Five minutes later Ulberg had his second – and his third in two games – to help the Vodafone Junior Warriors to a healthy 16-0 advantage, a lead they preserved through to the halftime break.

While the Tigers scored in the second half it would be their only points as the defending NYC premiers engineered another four tries, two of them to Aoake who finished with three to take his tally to seven in six games.

Second rower Ofahiki Ogden, having a shift in the centres, was too strong to stop from close range while halfback Erin Clark speared through an open passage in front of the posts for his second try of the season.

The 34-point winning margin gave the Vodafone Junior Warriors’ points for and against a huge boost as they moved up to third spot on the ladder with eight points from four wins and two losses. 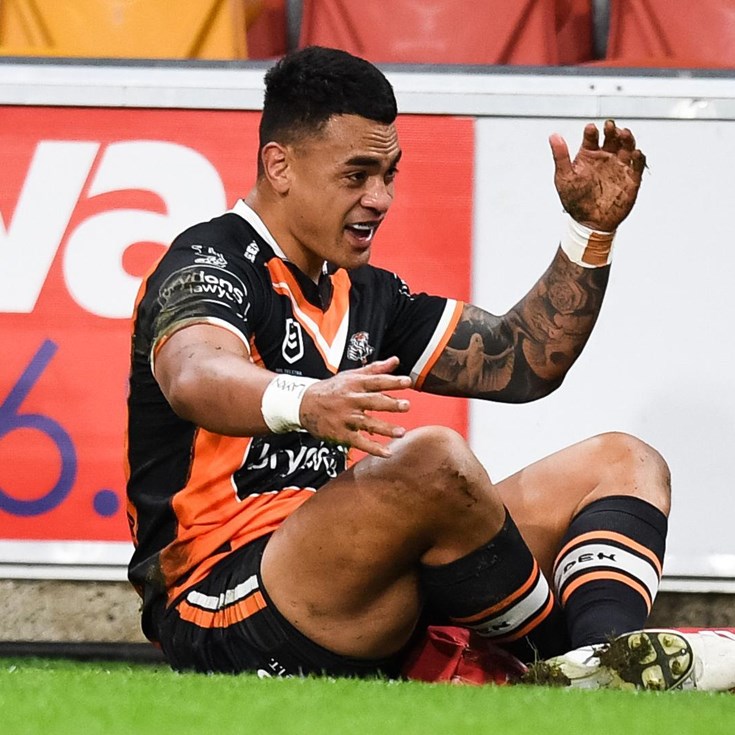